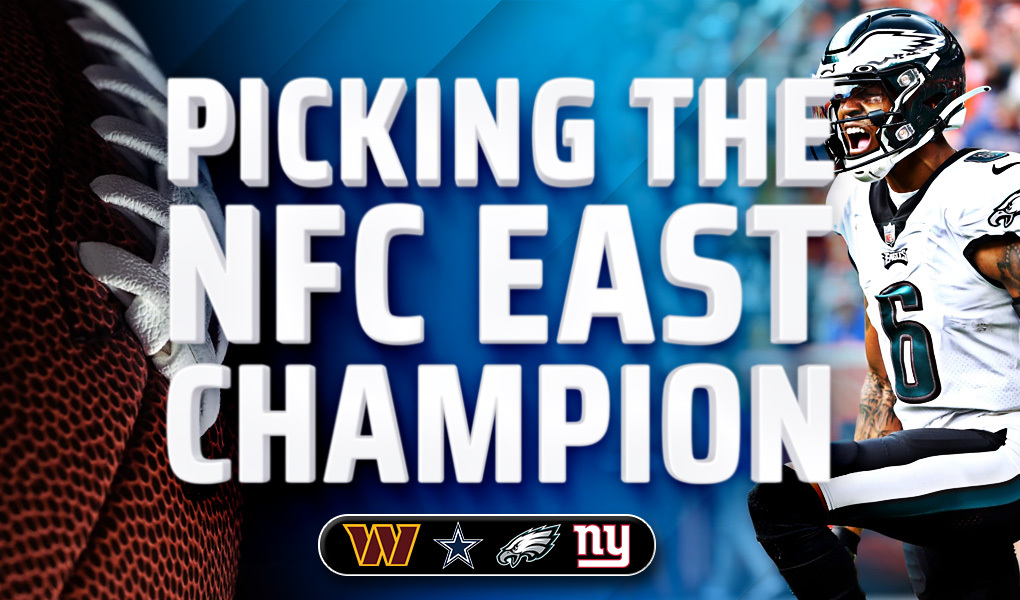 FTN's Nick Makowitz is previewing each division around the NFL, offering up what could go right and what could go wrong, and picking a winner. Today: The NFC East.

Thanks to one of the most eventful NFL offseasons of all time, the bridge between last year’s Super Bowl and next year’s opening kickoff has felt a little shorter than usual.

Still, to fans, summer’s arrival means our desire to consume all things football grows to nearly uncontainable levels. Talk shows, podcasts and Twitter timelines are zeroing in on the upcoming NFL season. Fantasy drafts and competitions are popping up left and right. Sportsbooks are taking bets on futures like division, conference and Super Bowl champions.

Throughout June and July, I’m going to attempt to feed your hunger for NFL content by previewing every division. I’ll cover key division storylines, provide a breakdown for each team and give out my betting pick to win each division.

The historic offseason didn’t escape the NFC East. After a handful of blockbuster moves, the division is shaping up to be one of the NFL’s most competitive, top-to-bottom. Here, I’ll give an NFC East preview covering each team’s offseason, what needs to go right and what could go wrong during the 2022 NFL season.

We’re starting off the division preview series with a mild upset. Despite a few big splashes this offseason, FanDuel projects the Eagles (+200) to finish second to the Dallas Cowboys (+120) in the NFC East.

This offseason, Philadelphia traded for star receiver A.J. Brown, drafted a pair of Georgia standouts in Jordan Davis and Nakobe Dean, and added veterans Haason Reddick and James Bradberry to its defense.

If Philadelphia overtakes Dallas and captures the NFC East crown, that’ll likely mean Jalen Hurts took another big step forward. Hurts’ rushing ability has always been his calling card, but according to PFF, he improved drastically as a passer last season. Adding a proven No. 1 receiver alongside DeVonta Smith and Dallas Goedert should give Hurts the tools he needs to get the job done, especially behind an offensive line that our own Dan Fornek ranks No. 1 in the NFL.

On the other side of the ball, Philadelphia made an effort to patch up some holes. In 2021, the Eagles finished second to last in the NFL with just 29 sacks, but they added edge rusher Haason Reddick (11 sacks in 2021). The Eagles also intercepted only 12 passes last season, so they welcomed in former division foe James Bradberry to bolster the secondary.

If FanDuel’s prediction rings truer than my own, it’s likely that Jalen Hurts didn’t quite take the necessary leap to elevate the Eagles. We’ve seen plenty of paper tigers in the NFL throughout the years, and the Eagles are at risk of being one if they don’t live up to the hype they’ve generated throughout the offseason.

America’s Team hasn’t been the star of the offseason this year, but FanDuel suggests Dallas will become the first team to claim back-to-back NFC East titles since the Eagles won four straight from 2001 to 2004.

The Cowboys did have a moment in the spotlight when they traded Amari Cooper to the Browns in March. If Dallas slips up and fails to win the NFC East, that may be a big reason why. Last season the Cowboys played two of their 18 games without Cooper. One was the Thanksgiving near-comeback against the Raiders, but the other was an abysmal 9-point showing against the Chiefs, in which the offense struggled to move the ball.

In addition to losing one important offensive weapon, the Cowboys have shown reluctance to fully unleash another: running back Tony Pollard. Starter Ezekiel Elliott isn’t the dominant bell cow back he used to be. While Zeke ranked 20th and 44th in running back rushing and receiving grade last season per PFF, Pollard ranked second and 26th, respectively. The money says Zeke is the man in Dallas, but the on-field performance says otherwise.

It’s not all doom and gloom, though. The Cowboys are still the favorites in large part because they have the best quarterback in the division. Dak Prescott is another year removed from his nasty ankle injury and will have the full allotment of offseason workouts to prepare for the regular season. If Dak stays healthy, CeeDee Lamb takes a jump into the elite tier of NFL wide receivers and Tony Pollard sees more work, the Cowboys could very well take the NFC East for the second year in a row.

In March, the newly named Commanders traded for Colts QB Carson Wentz to keep pace in what has shaped up to be an NFC East arms race. The former Eagles starter returns to the division after a one-year hiatus during which he improved his completion percentage, QBR and touchdown rate.

The Commanders will likely concoct a formula similar to the one the Colts featured with Wentz at the helm: Lean on the defense and the running game, limit turnovers and control the clock. Wentz’ two best seasons have coincided with his two lowest passing attempts per game totals.

FanDuel implies that Washington has just a 17% chance to win the NFC East in 2022, but it wouldn’t be an outrageous outcome. On offense, the Commanders have a deep backfield with Antonio Gibson, J.D. McKissic and rookie Brian Robinson. Logan Thomas returns at tight end and will play alongside a nice trio of receivers in Terry McLaurin, Curtis Samuel and rookie Jahan Dotson, whom Wentz has already spoken highly of.

Washington’s defensive line has the ability to wreck an opposing offense’s gameplan, so the upgrade at quarterback and other additions to the offense should help the Commanders stay competitive. To make real noise in the division, however, the Commanders will have to get a couple wins over the NFC East’s top teams.

In 2021, Washington went 2-0 against the lowly Giants, but they lost four straight games to the Cowboys and Eagles while fighting for a playoff spot, including a 56-14 drubbing at the hands of Dallas.

The New York Giants are the longshot in the NFC East after finishing 4-13 in 2021. As a result, they cleaned house this offseason, firing head coach Joe Judge – who infamously ran a QB sneak on third-and-9 from his own 4-yard line – and GM Dave Gettleman. New York replaced them with Buffalo’s Brian Daboll and Joe Schoen.

So, do the Giants have a chance to win the NFC East? Crazier things have happened, but a lot will need to break correctly if the G-Men want to clinch their first division title since 2011.

First and foremost, Daniel Jones will need to be a lot better than he’s been. The Giants declined his fifth-year option this offseason, and rightfully so. Jones averages 1.3 turnovers per game for his career and almost exactly one fumble per game. That’s not what Giants fans had in mind when they hoped he’d follow in Eli Manning’s footsteps.

Second, Saquon Barkley needs to be healthy and elite. Since his arrival in 2018, the Giants average less points, yards per carry, passing yards and total touchdowns per game without Saquon in the lineup.

Lastly, Thibodeaux and Neal will need to be major contributors. Thibodeaux will need to help out New York’s pass rush. The Giants defense ranked bottom-six in the NFL in QB hits, pass rush win rate and pass rush productivity in 2021. As for Neal, he’ll be tasked with playing a huge role in the revamp of an O-line that ranks dead last in pass-blocking grade since 2020.