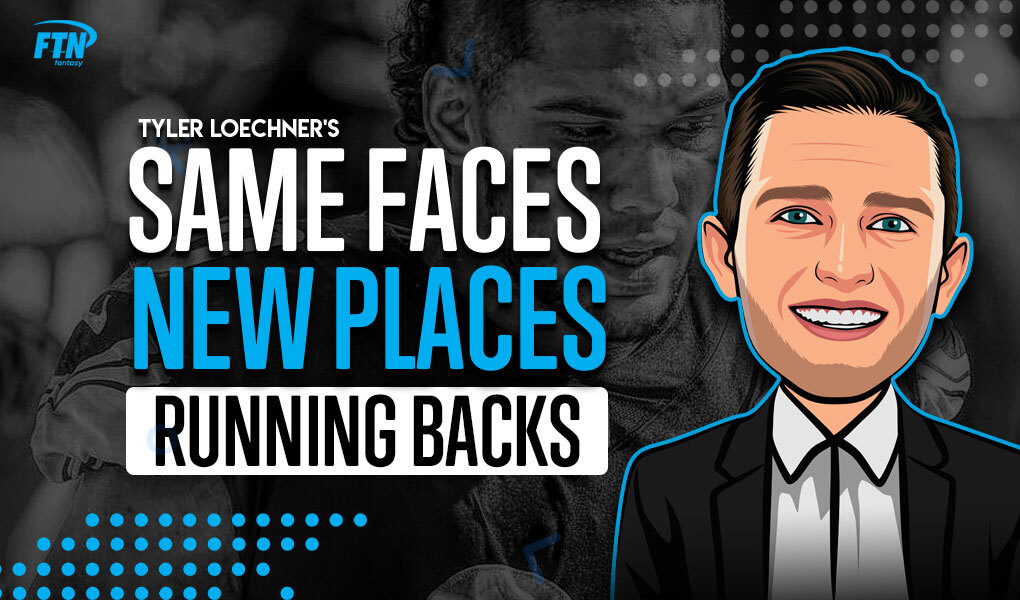 Same Faces, New Places: The fantasy stock of the RBs who changed teams

FTN's Tyler Loechner examines the running backs who changed teams this offseason and evaluates their fantasy stock for 2021.

There was a decent amount of RB movement during the 2021 offseason, but there were no major names involved with most players signing one- or two-year deals.

Mike Davis capitalized on his moderately successful stint as Christian McCaffrey’s fill-in by joining the Falcons, Phillip Lindsay goes from backing up one old RB to another, and James Conner’s time in the fantasy spotlight isn’t closed just yet.

This piece will run through the fantasy implications for all the veteran RB faces in new places.

Mike Davis is primed to be a name you hear often during fantasy drafts this year, as he’s now on the fantasy-friendly Falcons and presumably in the driver’s seat for the starting role.

Davis was a solid fantasy RB1 while filling in for Christian McCaffrey during the early part of last season, buoyed by a strong presence in the passing game (59 receptions on the year). He did slip more into low-end RB2/flex territory as the season wore on, though, and that’s how you should view him in Atlanta, too.

There is potential for more, of course. Atlanta is going to have one of the league’s highest-powered offenses in 2021, and if Davis is able to thrive at the goal line, he could become a solid every-week starter.

Chase Edmonds fans won’t get to see the shifty RB operate in an every-down role, as the Cardinals added ex-Steelers RB James Conner in free agency.

Conner operated as an every-down player in Pittsburgh, but he was unable to stay healthy and never lived up to his fantasy expectations as a result. Now he joins Edmonds in Arizona and the pair is likely to form a two-headed attack.

The (likely) reduced workload should help Conner stay healthy, but it also means Conner’s upside is much lower in Arizona. The team did not select any RBs during the draft, which should lock Conner into a relevant role at least — think flex territory when the matchup is right.

The team claims he’s going to “be used in a multitude of ways” (per The Athletic), but it’s hard to see Jacobs — just 23 years old and entering his third year — coming off the field too often.

With that said, the Raiders did spend (relatively) significant money on Drake, so he has the potential to develop into a flex option if the team is serious about using him often.

Phillip Lindsay, who carved out a solid career in Denver as one of the most productive backup RBs in the league, is set to play a similar role in Houston behind David Johnson.

Johnson’s grip on the starting job is not iron-tight, so there’s an outside chance Lindsay takes the mantle at some point. More likely, though, is that Lindsay will be an oft-used change of pace back.

If he can get to 10-12 touches per game, he could flirt with flex territory. He’s an RB5-type during fantasy draft season, which seems like his floor.

Tevin Coleman will likely be in a committee with the Jets

After spending the last five seasons as a 150-touch RB in Atlanta and San Francisco, Tevin Coleman joins yet another RB committee in New York with the Jets.

The team added North Carolina’s Michael Carter in the fourth round of the 2021 draft, and Carter will presumably operate as the top back for the Jets. Behind him, however, it’s fairly open with Coleman, Ty Johnson and La'Mical Perine in the hunt.

Coleman has a chance to be fantasy-relevant if he can claim the No. 2 spot, but anything higher than that seems unrealistic. There’s also a chance he finds himself in a full-on RBBC with three or four other players, which would squash his fantasy potential.

And for some of the smaller moves …