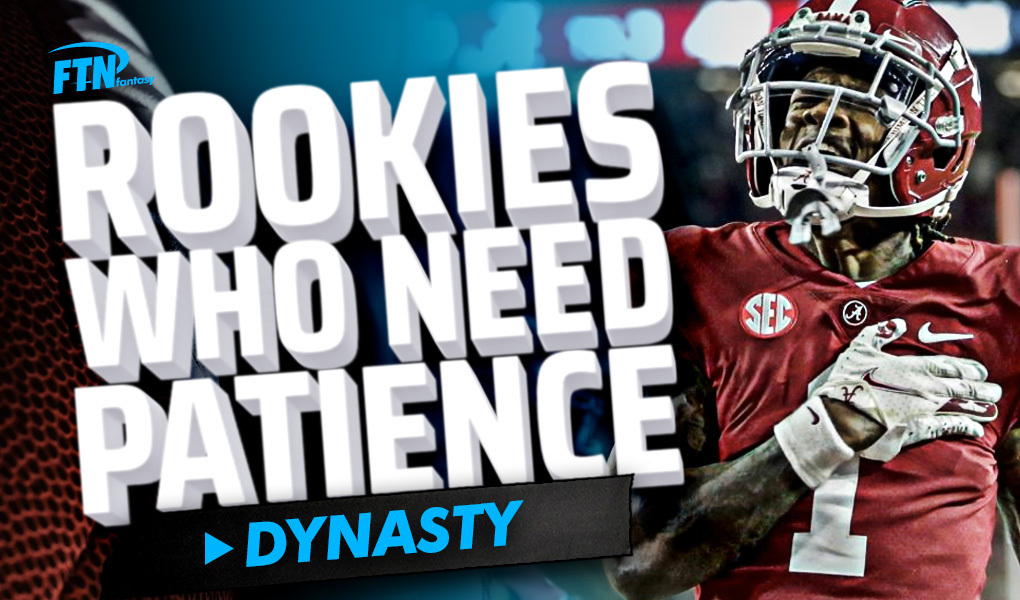 2022 NFL Draft: Rookies Who Need a Patient Hand in Fantasy

FTN's Michael Dolan looks at a handful of players in this year's rookie class who have a bright fantasy future but might need some time to realize it. 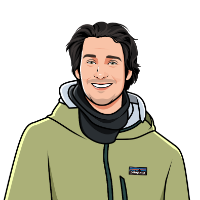 One of the reasons fantasy football rookie drafts are so exciting is because they give us hope. The allure of drafting the next Justin Jefferson or Ja'Marr Chase and adding an immediate star to your roster is intoxicating, but more often than not this isn’t how it shakes out.

It typically takes time before young players start producing for your fantasy team. Patience is a virtue in dynasty formats, and those who are willing to wait are often rewarded handsomely. If that long-term upside is what you seek and you’ve got the patience to obtain it, here are six guys you should keep an eye on in the 2022 draft.

Let’s start off with a gimme.

After tearing his ACL in the National Championship game, it’s unlikely Jameson Williams is ready for Week 1 of the 2022 NFL season. Throw in the fact that receivers often tend to take a year or two to acclimate in the NFL, and we’re looking at 2023 being the earliest Williams makes a significant impact for your fantasy team.

Don’t let that timeline scare you though. If you can afford to spend a mid- to late first-rounder on a player who won’t provide immediate help, your patience could provide you with the steal of the draft.

Williams’ game is built around the No. 1 trait NFL teams are gushing over right now – game-breaking speed. When you watch his film, it’s clear that he’s the fastest guy on the field, and that won’t change as he reaches the NFL level. His deep speed led to a whopping 19.9 yards per catch during his final season at Alabama, and he’s a threat to take it to the house on any given play.

His style of play may lead to some boom-or-bust weeks early in his career (anyone who’s rostered DeSean Jackson knows this feeling). However, as Williams acclimates to the NFL game and turns into a more well-rounded receiver, his floor will inch closer and closer to his sky-high ceiling. He possesses athletic traits that you simply can't coach, he has arguably the highest upside of any receiver in this draft class.

Before getting injured, Williams was rapidly climbing up draft boards — many analysts had him ranked as the No. 1 guy. The fact that his injury won’t keep him out of the first round speaks volumes to his upside.

Malik Willis is the definition of a boom-or-bust prospect, and any risk-averse fantasy managers may want to skip this section.

Willis boasts the most impressive physical tools of any QB in this year’s class, and the gap between him and No. 2 isn’t close. With elite rushing upside and a right arm that can easily be mistaken for a rocket launcher, it’s easy to envision Willis one day evolving into a top-tier fantasy QB.

The problem is that Willis’ upside comes with a floor that seemingly doesn’t exist. Even while playing against lesser competition at Liberty, Willis’ tape showed reasons to be concerned. He often looked uncomfortable in the pocket and tended to struggle operating within the rhythm of the offense. His athleticism helped offset some of these concerns, but against NFL defenses, masking those flaws with physical talent will be much more difficult.

Whichever NFL team drafts Willis knows there will be a steep learning curve. It wouldn’t be surprising if he’s relegated to a backup role in year one, and even if he’s given the starting gig, there’s a very real chance the initial results aren’t pretty. Selecting Willis — both in real life and in fantasy — is a gamble that the flaws in his game can be fixed with good coaching and experience.

You’ll hear Deebo Samuel comps get tossed around for Burks quite often. While I see where these comparisons come from, they’re more so a reflection of the role he can play in an offense rather than a reflection of individual play style. One of the reasons Burks is such a tantalizing prospect is because if he gets drafted to play the Deebo Samuel role, that role could be a fantasy gold mine.

In his final season at Arkansas, Burks racked up 1,104 receiving yards, tacked on an additional 112 on the ground, and accounted for nearly half of the Razorbacks’ yards from scrimmage. When a team decides to make a player that much of a focal point in their offense, it’s usually a good sign for future fantasy output. Touches are king in fantasy football, and whichever team drafts Burks will surely find creative ways to get the ball in his hands.

However, like Samuel, it may take Burks a few years before he reaches fantasy football’s upper echelon.

While Burks possesses a great physical profile and fantastic skill with the ball in his hands, he’s far from a finished product. He doesn’t have the nuanced route-running skills a guy like Chris Olave has, and there will likely be some up and down performances early in his career. If he adds a little polish to his game though, you’re looking at a guy with high-end WR1 potential in 2-3 years.

It’s no secret that the 2022 quarterback class is pretty weak. Matt Corral is viewed as the consensus third- or fourth-best option in the class, and when you pair those two facts together, it makes sense that he hasn’t garnered a ton of excitement.

In a typical 1QB fantasy league, overlooking Corral is completely fine. You need to chase high ceilings when playing in that format, and Corral likely doesn’t possess top-five QB upside. If you play in a 2QB/superflex league though, he could be one of the best values in the entire draft.

One of the knocks on Corral is the fact that he ran an RPO-heavy offense at Ole Miss. He was rarely asked to read the entire field, and there are concerns about his ability to do so at the next level. Even if Corral ultimately finds success in the NFL, the transition to a pro-style offense will likely come with some growing pains.

Concerns about Corral’s game are warranted, but they shouldn’t outweigh the fact that he has an NFL caliber arm, above-average athleticism, and a lightning-quick release. He may not possess the sky-high upside a guy like Willis does, but I could easily see him being an Alex Smith-level talent if he can clear his initial hurdles.

Drafting the next Alex Smith may not excite fantasy managers, but sometimes the boring picks provide the best bang for your buck. I believe as early as his sophomore season, Corral can provide fantasy managers with solid QB2 production for at least a half-decade. It’s rare to find that level of production in the late-first/early-second round of rookie drafts, and teams who aren’t in need of immediate QB help should be all over Corral at his current price.

The consensus seems to think George Pickens is just outside the upper echelon of receivers in this year’s class. Yet if f three years from now he’s the clear cut best of the bunch, that shouldn’t surprise anyone.

Pickens made a name for himself immediately upon arrival in Athens. As a true freshman he racked up 727 receiving yards, found the end zone 8 times, and flashed elite potential in the process. Then the injury bug struck, causing him to miss numerous games throughout his sophomore and junior seasons.

Because Pickens missed so much time due to injury, he doesn’t have the reps most three-year college players do when entering the draft. His lack of experience shows on tape, but so do some extremely impressive ball skills. Pickens has a long, wiry frame, and he pairs his length with fantastic hands that make him a quarterback’s best friend. He has a massive catch radius, and the way he plucks the ball out of the air reminds me a bit of Tee Higgins.

Right out of the gates, Pickens’ inexperience may cause him to struggle creating separation against NFL defensive backs. If he can find a way to separate at the next level though, he has the potential to become a true No. 1 receiver for an NFL franchise.

Tight ends in general take a longer time to develop than most positions. Throw in the fact that Woods hadn’t played the position until early in his college career, and it’s easy to see why he won’t make an immediate impact in the NFL.

While Woods lacks experience, he’s one of the most incredible athletes in this entire draft, regardless of position. The 6-foot-7, 260-pound former quarterback possesses athletic traits that rival players half his size. His size and strength will allow him to win 50/50 balls at the NFL level, and his speed and elusiveness will make him a threat in the open field. The problem is that it may be some time before Woods gets the targets necessary to turn those skills into fantasy production.

NFL teams avoid putting tight ends on the field who struggle as blockers. Woods has the physical traits and willingness to one day become a plus-blocker for an NFL team, but his footwork, hand placement, and other nuances of the position require some fine-tuning.

Woods profiles as a guy who can immediately serve as a TE2 or TE3 for an NFL team. Unfortunately, that role is almost never valuable in fantasy football. Until Woods evolves into a better all-around player, there won’t be enough opportunities for him to show off his physical traits. If your league has deep benches or features taxi positions, Woods is the perfect player to throw a mid- to late-round dart on. Betting on his physical profile could provide immense upside down the line, but if you need immediate tight end help, you’re better off looking elsewhere.