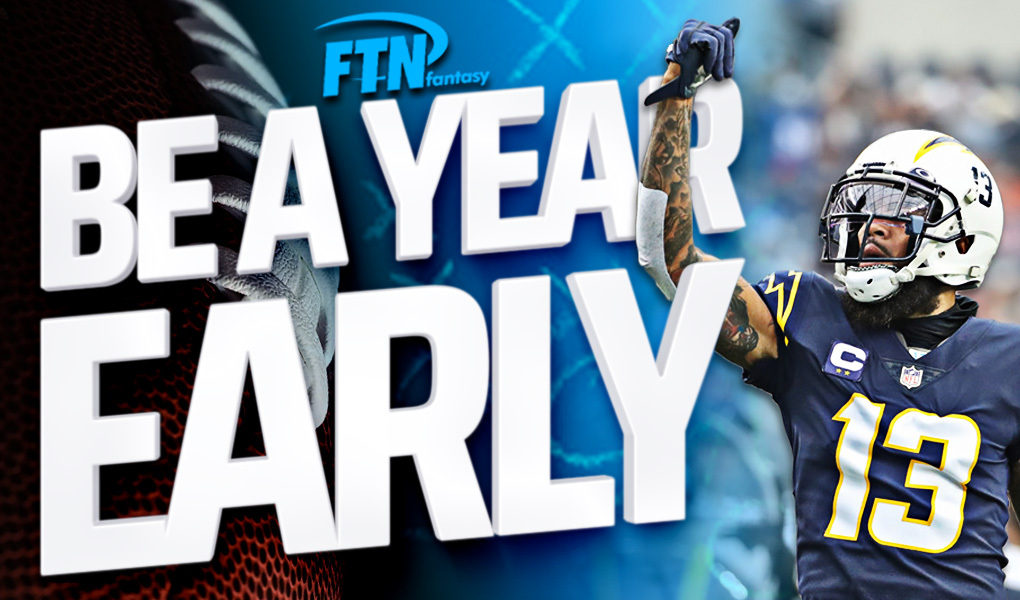 Be A Year Early: Dynasty Options to Sell Before the Decline Phase

FTN's Jeremy Popielarz picks out some fantasy football names that dynasty managers might want to sell on this offseason before their value slips in 2022.

“You either die a hero or live long enough to become a villain” — a statement that relates to fantasy football more than you would think. In dynasty fantasy football, as in real football, keeping a player one year too long can be what ends a run of excellence.

It’s hard to know when to cut bait on a star or a productive player who has helped your roster for years, but identifying when to do so is a key component to success. Today, we’re highlighting some players who fantasy managers might want to consider moving on from in trade before their decline phase starts. After all, it’s better to be a year early than a year late.

A player who has dominated his position over the past few years, Davante Adams now finds himself on the other side of the hill. At the age of 29, it’s only a matter of time before the decline starts. There have been very few players with top-12 finishes over the age of 30 in recent years, and I don’t see that changing. This season we will see him reunite with college quarterback Derek Carr as he embarks on his first season in the silver and black. In a new system that has had 10 top-10 finishes in passing attempts over the past 16 years, paired with a lack of weapons, there will be plenty of opportunity for him. This will allow Adams to have a productive 2022 campaign. This is the reason to make a move this year, finding a younger option to build around. As he will hold his value for yet another year, making him a tradeable piece. If there’s any sign of decline from Adams in 2022, though, dealing him before 2023, when he’s another year older, will yield a much lower return.

With a quarterback upgrade in store, Nick Chubb’s value could be higher than ever. Coming off a 1,200-yard season where he found the end zone 8 times on the ground, we should expect something similar from Chubb in 2022. With Deshaun Watson coming to town (pending a suspension), a huge improvement should be in store for this offense. Even if Chubb sees a decreased workload in the event the Browns pass more, Chubb could score a career high in fantasy points this year, mainly due to an increase in touchdown opportunities. Why is this a reason to move on? Simple: At the ripe age of 26, he is only getting closer to the dreaded running back age cliff. So before the bottom falls out on his value I would be looking to be moving him for a younger set of assets who could become the next Nick Chubb.

He is paired with a talented young quarterback, but Keenan Allen is not Benjamin Button. Yes, the offense was extremely explosive last season and is primed to be even better in 2022. But how much longer can Allen play at a high level? At the start of the season Allen will be 30 years old — as mentioned earlier, this is a huge age cliff for the wide receiver position. Last season, not a single wide receiver over the age of 30 finished in the top 30 in receiving yards. A.J. Green was the closest with 848 yards at age 32 — this is not a great sign for Allen and his managers. The time to get out may be sooner than we think, due to the hype around the Chargers offense. Allen’s value is still holding strong, making it the perfect time to make a move to a younger option.

After a year where he finished inside the top 15 at his position, Damien Harris’ value has never been and never will be higher. Even after this finish, there are concerns with his sustainability. Last season, he scored 15 rushing touchdowns — a career high — accounting for 43% of his fantasy points. He only rushed for 929 yards and saw only 21 targets. This is not the formula for sustained success. Entering the final year of his contract on a team known for not paying running backs, it’s easy to argue Harris’ long-term future looks bleak. On top of this, the Patriots spent not one but two picks on running backs in this year's draft. With a full stable of backs, the Patriots could look to move on from Harris instead of paying him in 2023. Unfortunately, with a new talent class of running backs entering the NFL next season he may struggle to find a workload similar to what he is receiving from New England. Be ahead of the curve and look to move Harris midseason.

Coming off a top-15 finish at his position in 2021, Aaron Jones saw his contract get restructured, giving the Packers an out after this season. Jones has been a steady fantasy option the past few years with top-12 finishes in PPR formats, including top-five finishes in 2019 and 2020. However, he’s 27 now (and turns 28 in the middle of the season), and with AJ Dillon seeing an increased role in 2021, it’s easy to envision the Packers exercising their out next spring. Dillon has been a steady No. 2 back for the Packers and can likely handle a No. 1 back’s workload in Jones’ absence, which is what the Packers hoped for when using a second-round pick on him in 2019. With Aaron Rodgers returning and the lack of talent on the roster after the Davante Adams trade, Jones' value is as high as it will ever be. This is the time to get out before he becomes a dreaded roster clogger in 2023.

After a breakout season in 2021 where he finished as the TE3 in PPR leagues, Dalton Schultz signed a one-year deal to return to the Cowboys after the team franchise-tagged him. That means he is returning to an offense that has the potential to be one of the best in the league in 2022, creating the perfect formula for a sell high. Despite his production in 2020 and 2021, Schultz doesn’t have the profile of a typically dominant fantasy tight end. And with him only on a one-year deal and with the team drafting Jake Ferguson in the fourth round this year, there’s a risk the always-cash-strapped Cowboys move on from him after this season. That would be a death knell for Schultz’ fantasy upside, because he’d be extremely unlikely to land in a better spot for fantasy success than he has in Dallas. For this reason, you should be looking to move him this season for a piece to help you down the road.