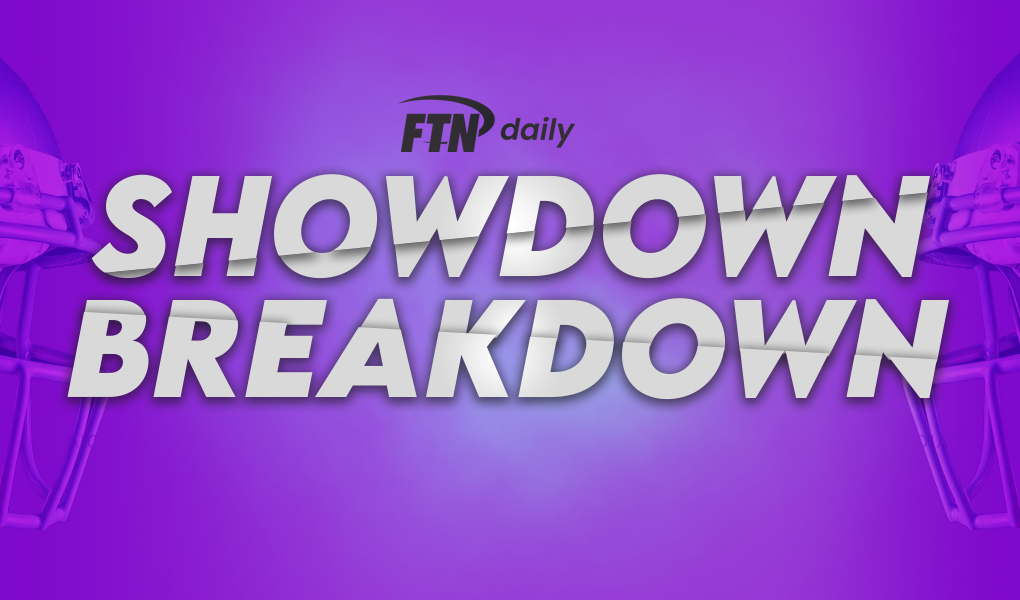 FTN's Eliot Crist looks at the Thursday night game between the New England Patriots and Los Angeles Rams from every angle, figuring out the best DFS showdown plays at every position.

It feels like forever since we’ve had a Thursday night NFL game, with the Ravens/Cowboys and Ravens/Steelers games been postponed in recent weeks. Now we have our second-to-last Thursday night game of the year, as the New England Patriots travel to Los Angeles to take on the Rams in a game with plenty of playoff implications.

The Patriots are fighting for their playoff lives heading into this game. Per FiveThirtyEight, the Patriots have a 13% chance to make the playoffs. Those odds drop to just 4% with a loss, but move up to 29% with a win, making this essentially is a playoff game for them. For the Rams, they have nearly a 99% chance to make the playoffs but are battling with Seattle to for NFC West supremacy.

Both teams have a...