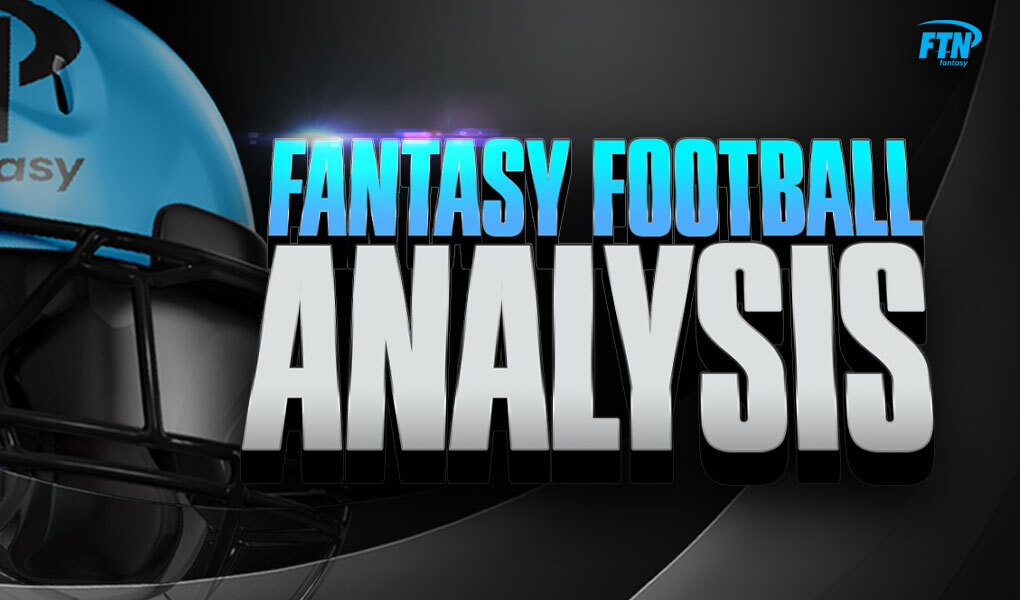 If not Michael Carter then who in the Jets backfield?

FTN's Derek Brown breaks down Michael Carter and the rest of the New York Jets backfield.

Since being selected by the Jets in the fourth round of the NFL Draft Michael Carter’s ADP has been strapped to a rocket. Since April, he’s climbed from RB44 (132.0 overall) to RB32 (99.0 overall), going as high as the sixth round in some FFPC best ball drafts. Carter is a talented rookie runner who, on paper, is a fantastic fit for the Jets rushing scheme. During his last season in North Carolina, he parlayed his 98th percentile agility to 1,245 rushing yards with 56% of his carries on zone concept runs.

While Carter is an explosive runner, he’s still a rookie entering an unsettled backfield. While ADP reflects the presumed outcome, he’ll be “the guy” from Week 1. This wouldn’t be the first time (and won’t be the last) that fantasy gamers are wrong in their running-back assumptions. So this begs the question if Michael Carter isn’t the starting running back, then who fits the bill for New York in 2021? Let’s look at the new offensive coordinator Mike LaFleur’s offensive design and compare the skill sets of every back on the roster. Could there be a diamond in the rough of the Big Apple?

Since 2017, Mike LaFleur has helped oversee a productive offense in San Francisco as the passing game coordinator. The Jets are quietly in a fantastic position to deploy many of the same concepts that he utilized in the Bay Area this season. Over the last three seasons, the 49ers’ rushing attack has utilized zone concepts on 66.6% of their rushes. Over that same span, San Francisco has fielded the fourth more run-heavy offense (46%) in neutral game scripts.

LaFleur’s offensive line might have finished 17th in adjusted line yards in 2020, but this line is a perfect fit for the zone-heavy run scheme that’s arrived. Last year among 232 offensive linemen with 75 or more run-blocking snaps, Chuma Edoga (seventh), Connor McGovern (40th), Alex Lewis (42nd) and Mekhi Becton (57th) all finished among the top 60 highest graded zone blocking lineman in the NFL, per PFF. First-round pick Alijah Vera-Tucker is also a noteworthy upgrade for the ground game. Last year, Vera-Tucker ranked 57th out of 286 collegiate tackles with 100 or more run-blocking snaps in run blocking, per PFF. The blocking will be a plus in a run-first offense. So who has the experience and the athleticism to excel for LaFleur?

La'Mical Perine has similar draft capital as Carter being selected in the fourth round of last year’s NFL Draft, but sadly that’s about where the similarities stop. Perine is a below-average athlete despite possessing a prototypical NFL running back frame (5-foot-11, 216 pounds). Perine 4.62 40 time isn’t as problematic as his 48th percentile burst and 46th percentile agility score. During Perine’s collegiate career, 46.8% of his carries were on gap scheme runs. The name of the game at Florida was to get him downhill in a hurry to compensate for the lackluster physical traits. Among all rushers with 75 or more attempts, Perine never finished higher than 42nd (2019) in yards after contact per attempt. A holdover from the Adam Gase era, he looks like a poor fit for what the new regime has in mind.

On paper, Tevin Coleman looks like he’s got a shot to spoil Michael Carter’s rookie season, even it’s as nothing more than as a thorn in his side. Coleman is quite familiar with this ground scheme from his time with Kyle Shanahan in Atlanta and the LaFleur and Shanahan pairing with the 49ers. Coleman has seen 72.8% of the rushing volume in his career arise from zone runs. The worry with Coleman is that father time (age 28) and multiple injuries have sapped his explosiveness. Since 2019, Coleman has missed 10 games with knee and high ankle sprains. He’s seen his yards after contact per attempt decline in each of the last four seasons from 2.98 to 2.46. If Coleman is healthy for the entire season, he’s experienced enough to factor in early, but if his wheels are spent, he could be phased out as the season rolls along.

Ty Johnson is the sneaky dark horse candidate that could be Carter’s stiffest competition. Johnson sports a similar frame (5-foot-11, 210 pounds) to Perine, but he has the necessary afterburners to plant and go in this rushing attack. His 4.45 40 time and 86th percentile speed score jump off the page. In his brief NFL career, 71.5% of his carries have come on zone runs. The zone run elusiveness extends back to his collegiate career at Maryland. During his final season, 74.2% of his rushing attempts were on zone attempts. Johnson displayed explosive run abilities with multiple seasons of above 5.0 yards after contact per attempt (5.08, 5.26). During his two years of NFL service, he has compiled 2.61 yards after contact per attempt in spot duty. This would have ranked immediately ahead of Antonio Gibson last year among all backs with 75 or more rushing attempts. Johnson is the guy if you’re looking for a back with speed, fresh legs and familiarity with a zone-heavy attack.

Josh Adams is a mixed bag here. His fit in New York with this new regime is as the East Coast version of Jeff Wilson. Adams has worked in the NFL in a variety of schemes, with 64.4% of his carries coming on zone runs during his longest NFL audition (Eagles, 2018). Adams' 95th percentile agility score has allowed him to find success on zone runs despite his size (6-foot-2, 213 pounds). It's worth noting that in his most successful season at Notre Dame (2017), where he piled up 1,431 rushing yards, he did so with 52.4% of his runs on gap scheme plays. Adams is another old regime relic, but he's not in the same vein as Perine. He's shown the ability to create yards 2.96 yards after contact during his NFL career. Much like Wilson, he's not the favorite for work here, but if injuries decimate the depth chart, he could be a meaningful pickup in the deepest of dynasty leagues.

Austin Walter is on the outside looking in here. During Walter’s two-year NFL career, he’s been primarily a special teams player and kick returner when active. His athleticism and frame sadly speak to a player that’s not in the conversation. Walter (5-foot-7, 194 pounds) will be more integral in doing the dirty work on special teams duty with his 50th percentile (4.59) 40 time and 49th percentile agility score.

If not Michael Carter, then who?

Looking deep at the skills of each runner on this roster offers a variety of outcomes for this backfield. While Carter is still likely the favorite, Coleman could push for an ancillary role early on before the trainer’s table or the retirement home come calling. If you’re looking for a back with the overall skill to eat into the work until finally taking over, much like Raheem Mostert did previously with this coaching staff looking on, it’s Ty Johnson. He has the fresh legs and production (in a limited sample) to suggest there’s possibly more there. Again don’t sleep on Josh Adams if the injury report list gets long this year. If the running back room thins, Adams could be the Gotham City Jeff Wilson.