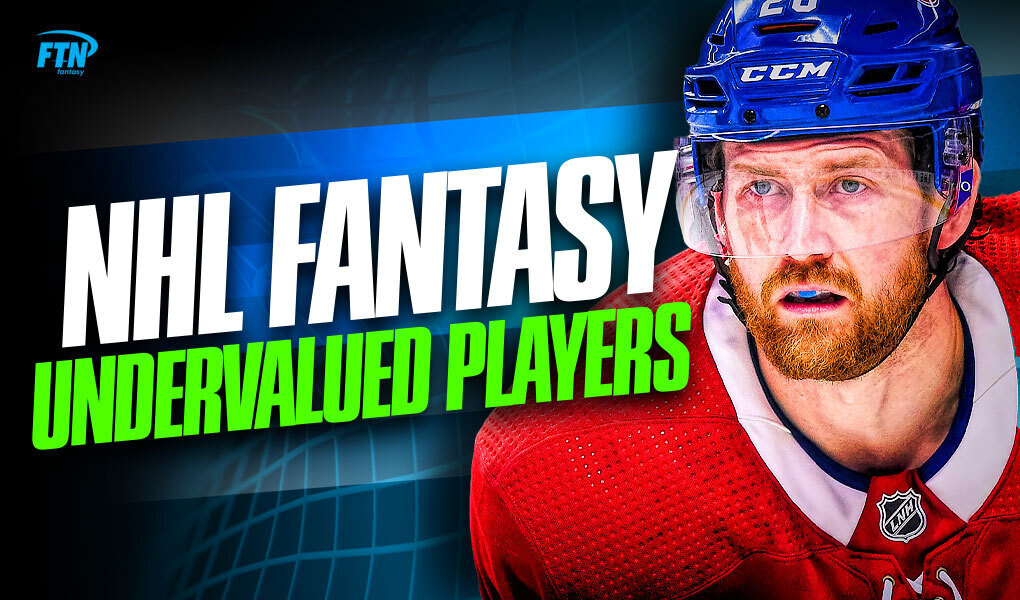 FTN's Chris Meaney picks out some of his key sleepers and undervalued fantasy options for the 2021-22 fantasy hockey season.

Below are a few undervalued fantasy hockey targets in the 2021-2022 season for your NHL drafts. You could call these players sleepers if you want, but it’s hard to call a former 38-goal scorer a sleeper, so I went with the term undervalued. I don’t think a player who flirted with 40 goals is going to sneak up on anyone in drafts.

Undervalued is the same concept as sleeper as I expect the following players to outperform their ADP. For whatever reason, the players listed below are getting passed on in fantasy hockey drafts. As mentioned throughout this guide, know the scoring settings of your league because a lot of the players you’ll read about here will contribute across multiple categories which makes them valuable in...