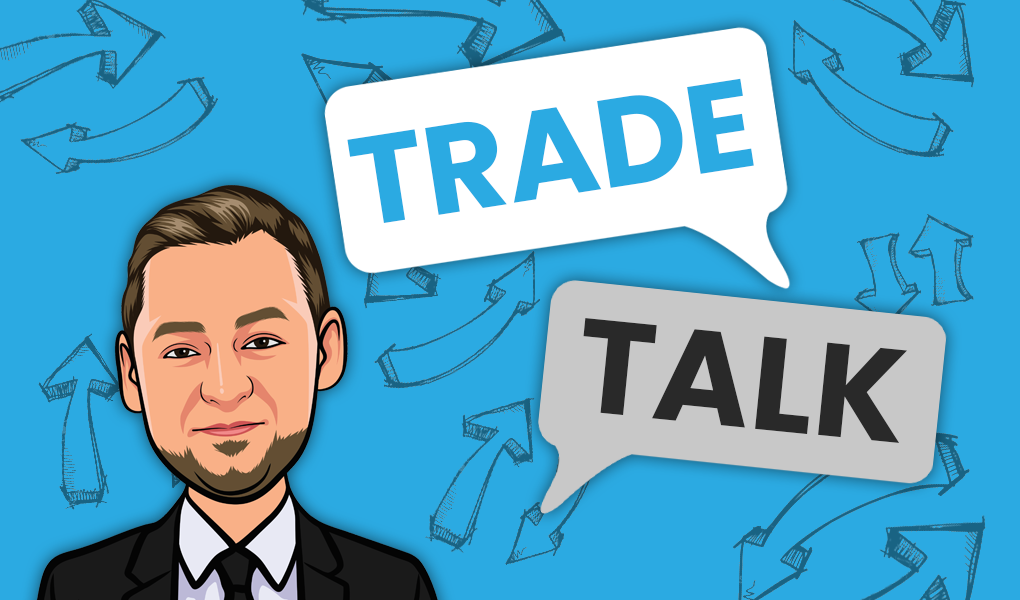 FTN's Chris Meaney looks at the players worth trading, or worth trading for, after Week 2 of the fantasy football season.

Week 2 of the NFL season is in the books and even though we have two weeks of data to look at, it’s still very easy to overreact. The goal here is to highlight a few players who have seen their stock rise and fall which ultimately leads to buy-low and sell-high trade targets in fantasy football.

Keep in mind that some of the buy-low and sell-high candidates mentioned below don’t need to be moved. They are simply suggestions as their fantasy stocks have changed despite just one game on their 2021 NFL resume. I’m a big believer in 2-for-1 and 3-for-1 package deals if it means landing the best player in the trade.

Fantasy football trade talk: Who to buy and sell after Week 2

I had my doubts whether or not Gibson would get the usage he needed to live up to his ADP and I’m not sold he won’t but Week 2 was discouraging after a promising Week 1. There are some positive takeaways with what we’ve seen so far though. Gibson played 38 of Washington’s 41 snaps on first and second down in Week 2 but he only played three of 10 on third down. McKissic was on the field for seven of those situations and he played all 19 snaps in the two-minute drill compared to Gibson’s one snap. This is something I had to rewatch twice to believe it. It’s clear McKissic is going to be part of the offense again this season (80 catches in 2020), but Gibson still has RB1 upside. It’s not like he hasn’t been involved through the air (five catches on seven targets) and his third-down role could grow. I mean, he’s a wide receiver converted running back. He can catch. They line him out wide at times. He’s also continuing to learn how to play the running back position each and every day, so his pass blocking could improve. I don't have him ranked as an RB1 the rest of the way but that doesn’t mean he can’t get there and there’s a sour taste in owners' mouths. If there’s an opportunity to buy it’s now. Check-in if you need an RB who will touch the ball 15 plus times per week.

Last week was a buy-low opportunity for Julio Jones and this week I believe there’s a small opportunity to acquire A.J. Brown. I highly doubt he’s available but he’s coming off a poor showing in Week 2 and he has a league-high three drops. He was only able to reel in three of his nine targets for 43 yards against the Seahawks this past Sunday and he’s yet to top 50 yards in a game this season. Some of that is on Ryan Tannehill, but I believe the offense took a major step forward in their second game under new offensive coordinator Todd Downing. I suggested buying the Titans’ offense last week and I’ll double down. Derrick Henry came around, Tannehill tossed for 347 yards, and Julio topped 100 receiving yards. He was also robbed of a touchdown. Brown averaged a career-high 76.8 yards per game in 2020 and he only had five games with fewer than 50 yards. These poor games have nothing to do with the addition of Julio as his 19 targets are tied for the 19th most and he’s averaging 8.5 targets per game this season compared to 7.7 in 2020. The holes in the Titans’ defense will result in volume for both A.J. and Jones.

It’s crazy how quickly things change in the NFL as we’re only two weeks in and I’ve already moved T.J. Hockenson and Rob Gronkowski ahead of Kittle in my rest of season fantasy football rankings at TE. That doesn’t mean I’m not interested in acquiring Kittle. Through two games, Kittle has eight catches and 95 yards but he’s failed to score a touchdown in two decent matchups. The zero touchdowns aren’t a total shocker as he’s never had more than five in a season and he only has 14 in 55 games. The big games are coming though, and they may happen over the next three weeks as SF has Green Bay, Seattle, and Arizona on the schedule. Those three teams should force the 49ers to throw the football a bit more and it’s not all going to go to Deebo Samuel. Kittle still has top-five upside at the position and there’s plenty of inconsistent tight ends who don't have the same ceiling. Owners should hold not sell.

Carter makes an appearance for the second straight week so this may be the last time I bring him up and it may be the last time you can try and acquire the rookie back. Carter led the Jets' running backs in routes run, targets, and snaps (tied with Ty Johnson). He played 33 of 73 snaps and his 11 carries were one fewer than Johnson. Tevin Coleman is a non-factor. The offense isn’t going to be great and Carter isn’t someone you can play as an RB2 right now but his playing time will only continue to increase.

Bridgewater may not be owned in standard 12-team single QB leagues so this may only apply to those playing in superflex leagues. Bridgewater ranks 10th in passing yards with 592 passing yards and he has four touchdowns. Good for QB12 in standard fantasy leagues. His 77.1 CMP% ranks second and he pushed the ball down the field in Week 2. Bridgewater's 69.1 CMP% in 2020 ranked fifth so it's not surprising to see him throw the ball with accuracy but keep in mind he's played against the New York Giants and Jacksonville Jaguars to start the season. He gets the New York Jets this week which is another plus matchup but then the schedule turns as he’ll play the Ravens, Steelers, Browns, and the Football Team out of Washington over his next five games.

I was into selling high on Singletary last week and I would have missed out on 17.1 fantasy points in a half-point setting. The Bills’ back racked up 82 rushing yards, which is something he only did twice in 2020. I’m still into selling him as Zack Moss returned to the lineup in Week 2 after missing Week 1 due to an injury. Singletary scored his first TD of the season but Moss had two scores. This backfield has 50/50 written all over it and as good as the Bills are, they won’t be up 30-plus points each week where they can just lean on the run game. Josh Allen leads the Bills with seven red zone rushing attempts (sixth-most) and he's tied for third in red zone passing attempts with 14. Buffalo's a squad looking to throw the football more than run it.

Williams looks like the better back in Baltimore but there are reasons to be concerned. He missed a blocking assignment in Week 1 and he fumbled the ball late in the game but luckily it went out of bounds. He didn’t touch the field after that as it was all Latavius Murray to close out the contest against the Raiders. Williams fumbled the ball again in Week 2, this time in the red zone but the Ravens recovered so he got lucky again. He also failed to convert when given a goal line carry against Kansas City. There seems to be a divide in the fantasy community when it comes to Murray but I like him and it’s clear the Ravens do as well. He has two touchdowns in two games and they came on hard runs in the red zone. He has more experience and he’s a better pass blocker. The Ravens are going to use both as well as Devonta Freeman who picked up 13% of the snaps in Week 2. See if you can package Williams and another piece for a back who will log more than 50% of the snaps (Gibson) week in and week out. Again, he looks like the better runner but the Ravens have been on record saying they want to use all of their RBs. Lamar Jackson also calls his own number in the red zone quite often.

I’m not really sure what you could get for Pascal in a trade but I’m including him in a trade package for an upgrade at another position. Heck, it’s possible Pascal’s on your waiver wire despite three touchdowns in two games. There’s no question he’s ahead of Parris Campbell and there’s no question Carson Wentz has looked his way, especially in the red zone, but I’m not buying the Colts’ offense. Wentz is dealing with two ankle injuries and his status moving forward is in question. As shaky as he’s been, this offense won’t be better with Jacob Eason under center.

Robinson’s usage was much better in Week 2 but I’m still concerned. Robinson led the Jags’ backfield in snaps (41 of 56), carries (11) and targets (3). Carlos Hyde, who dominated the touches last week, was limited to 14 snaps, two carries and four opportunities. Hyde was only able to muster seven yards while Robinson finished with 47 on his 11 attempts and he caught all three of his targets for an additional 17 yards. It was an encouraging sign but I wouldn’t be shocked if Hyde led the way in Week 3. The offensive line has major issues and they’ve yet to attempt a single run inside the red zone. Sell if you can.

Kmet wasn’t a factor in Week 2 but he played 47 snaps compared to 22 from Jimmy Graham. Jesse James logged 14 snaps but he only ran four routes. Kmet led all tight ends with 20 routes run and that was good enough for third on the team. Justin Fields will take over soon and Kmet will flourish when that change happens. It’s hard to stash a tight end in a standard 12 team league but keep a close eye on Kmet’s usage going forward. Forget about James and Graham. Talent will win here.

Most traded in CBS Sports leagues