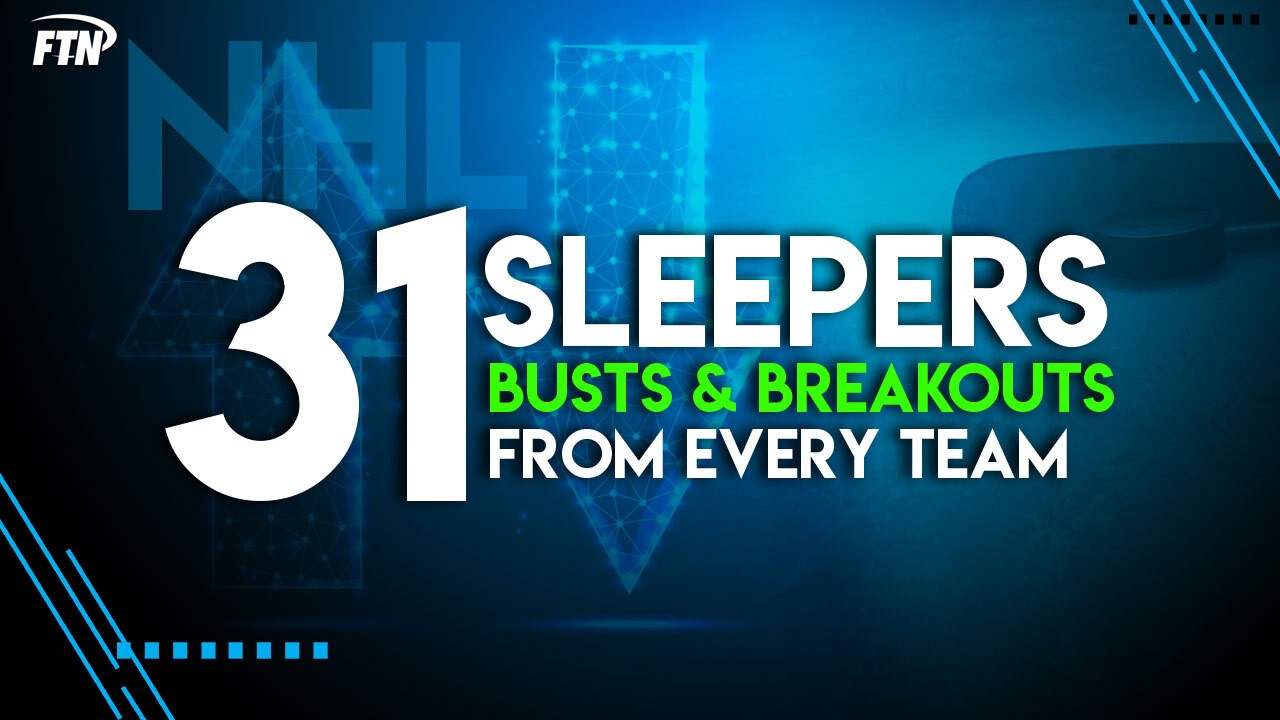 FTN's Chris Meaney offers up a sleeper, bust, breakout and stud for every team around the NHL heading into the 2021 hockey season.

There are several sleeper, bust and breakout candidates throughout the fantasy hockey draft guide, but I wanted to dig a bit deeper so I hit up every team. I have a sleeper, breakout, bust and a stud listed for all 31 teams in the NHL. And no, I didn’t list names like Nathan MacKinnon or Connor McDavid as studs; I tried to avoid the obvious.

As mentioned throughout the guide, I view a sleeper as a value on draft day. He can be a 20-year-old rookie or a 40-year-old vet. It doesn’t really matter as long as they’re returning value on in drafts and I think the following are.