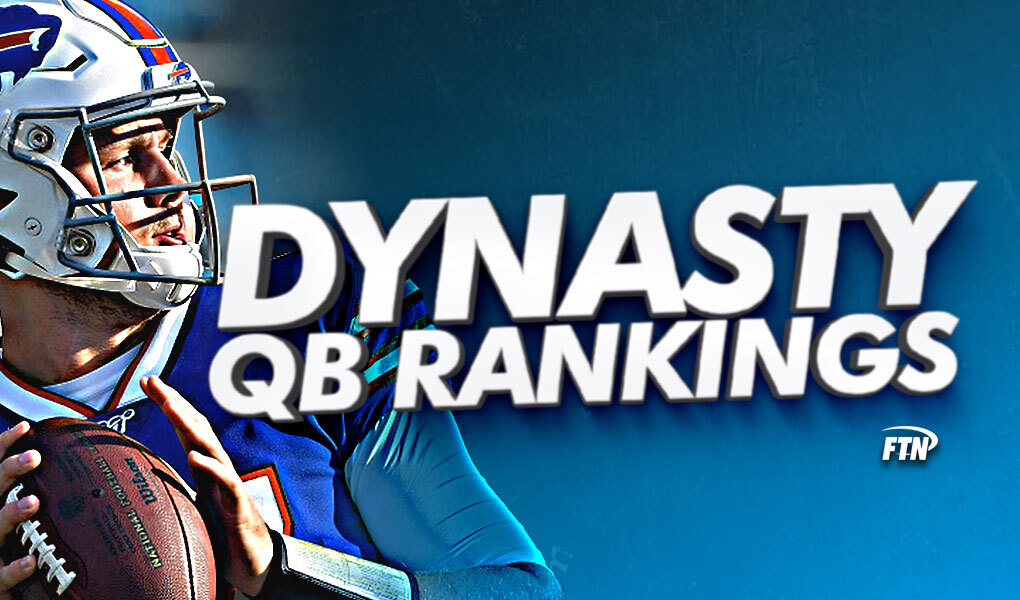 We’re reaching the crescendo of the actual 2021 NFL season, but the 2022 dynasty fantasy football season is already underway.

Whether you’re entering (another) startup, looking to improve your squad, or taking over an orphan, one of the first places you’ll want to look is the QB position. A good dynasty QB goes a long way.

These players are the elite of the elite. Put them in any order you prefer, but you’ll likely find Mahomes at No. 1 and Allen at No. 2 on most rankings. Young, MVP-caliber players with high floors and huge ceilings — it’s exactly what you want in a dynasty QB.

This tier is oh so close to Tier 1, but a rung below for various reasons — namely not as much consistency and not as long of a track record of massive fantasy success. If you have one of these Tier 2 QBs, you are set.

This tier is a mixed bag of aging vets that still likely have a half-decade or more left in tank and unproven, young QBs with huge ceilings. Deshaun Watson is also tossed into Tier 3 given his Tier 1 upside - but with the huge downside of potentially never playing again.

Tier 4 has only two types of players: 1) Old studs who will give you top-10 (or better) fantasy seasons for a limited time and 2) Young QBs who have shown plenty of promise but don’t appear to have a ceiling similar to their counterparts in Tier 3.

Tier 5 is essentially the best of the rest. These are the streamer-level QBs who will be fine fill-ins for your dynasty squad, but you really can’t anchor your team around them. A few speculative adds are also thrown into this tier.