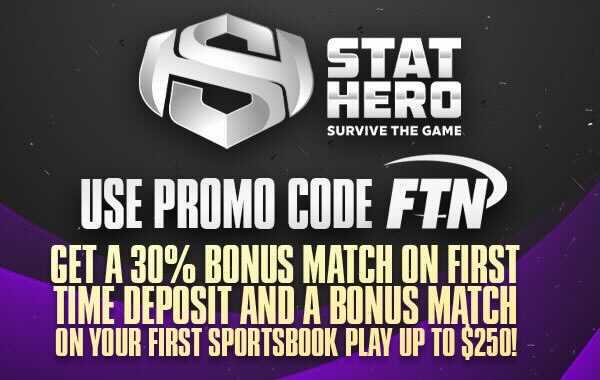 Check out this video by Chris Meaney’s to learn more about StatHero!

Here is a look at my favorite plays on StatHero for Wednesday’s slate.

Regular readers know Trout always seems to be on my MVP list, but how can you fault me for that? Mike Foltynewicz really struggled last time out against the Orioles and has given up five home runs (tied for the second most this season) in his three starts. Trout continues to be locked in at the dish, recording a hit in all but three games this season.

Bryant against a lefty should always being in consideration for your lineup. David Peterson surprised a lot of people and dominated in his last start by throwing his fastball more than 60% of the time. If he keeps that same approach against Bryant, I don’t think it will work. Bryant is crushing fastballs this season to the tune of a .602 wOBA, .667 ISO and a 283 wRC+.

The lefty masher is back from the COVID-19 issues the Astros were facing and gets the best hitting environment in Coors Field. At only $8,500 at the time of this writing (don’t forget salaries on StatHero can change throughout the day), he is far too cheap. Austin Gomber has only pitched nine innings in Coors Field in his career, so he has to fully experience the danger that lurks around every pitch.

He has really started to heat up at the plate with three multi-hit games in a row. Opposing pitcher Anthony DeSclafani has struggled with left-handed hitters in his career, but he has started the year off great. What little success hitters have had against him this season has come from the left side of the plate.

He has cooled off since his huge two-homer game last week, but he has a great matchup against Bruce Zimmermann, who has allowed a home run in each of his three starts this season. Duvall has absolutely crushed left-handed pitching since 2019 with a .388 ISO, .425 wOBA and 46.6% hard contact.

Hit his second home run of the season Tuesday night against the Royals. Jakob Junis has pitched well this season but since 2018 has allowed a 42.7% hard contact rate and .347 wOBA to left-handed hitters. He is mostly a ground ball pitcher, but Lowe hits a lot of fly balls.

Still struggling at the dish with just eight hits on the season, Soler might be able to get going against Michael Wacha. Soler has had good success against Wacha in his career (5-12, 3 HR) so maybe he steps in the box with more confidence tonight. So far this season, Wacha is only throwing offspeed pitches about 30% of the time so Soler will should see plenty of fastballs and cutters.

Merrill Kelly has gotten lit up all season, allowing 15 earned runs in 16 innings. Since 2018, Kelly has allowed a staggering 44.9% hard contact to left-handed hitters. Winker beats up on right-handed pitching with a .211 ISO and 45% hard contact since 2018. Plus he has a great hitting environment at Great American Ballpark.

Walsh is off to a great start this season and has a great matchup against Mike Foltynewicz. Left-handed hitters have been the most troublesome for Foltynewicz in his career (.340 wOBA, .210 ISO), but especially this season as four of the five home runs he has allowed have come from left handed hitters. Walsh brings a .301 ISO and 44.6% hard contact rate since 2018 versus right-handed pitching.

Under $7,000 on StatHero at the time of this writing, Crawford is one of the cheaper bats. He gets the platoon advantage against Zach Eflin, who has had a good start to the season but has always been beaten up by left-handed hitters. Crawford has managed to hit two home runs in 11 at-bats against Eflin.