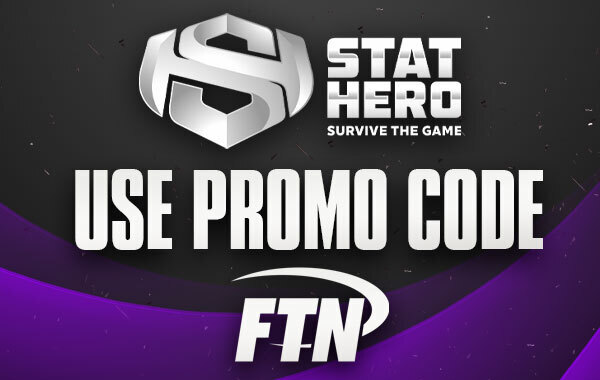 We’re officially one week into an MLB season that has already been filled with many exciting moments, and StatHero is here to keep the excitement coming. Playing DFS this way is unique, because you just have to beat the house lineup, so don’t worry about being different from lots of other players, ownership does not matter. Just focus on building a lineup to beat them one on one. There are also no positions so enjoy a lot of flexibility in choosing your players. This slate features all nine games of the day, so let’s get into it.

Here is a look at my favorite plays on StatHero for the Thursday slate.

Your team MVP scores 1.5x the amount of fantasy points, so give yourself something safe to rely on.

The GOAT, the WAR Lord, who could be safer? Nobody, especially considering he is off to a hot start hitting .368 on the season with home runs in back-to-back games. Now add in his history against Ross Stripling (5-7, 2 HR) and we have a recipe for success.

A career lefty killer (.423 wOBA, 173 wRC+) facing Cole Irvin, who has a career 6.89 ERA. Bregman is also off to a scorching hot start, collecting at least one hit in every game for a .429 average with two home runs.

The former MVP has a great matchup against Adam Wainwright. Since 2018, Wainwright has struggled against left-handed hitters to the tune of a .346 wOBA, 37.2% hard contact rate and .197 ISO (all worse than average). Yelich crushes right-handed pitching and has a .912 OPS in 17 AB vs Wainwright in his career. However, the weather in St. Louis could be troublesome, so keep an eye on it.

The entire Cubs offense looks bad, but maybe all they need is a change of scenery. Going on the road for the first time, Bryant has a good history at PNC Park (career .413 wOBA, 160 wRC+). Add in his personal success against lefty Tyler Anderson (4-11, 2 HR) and we can feel comfortable rostering him despite his early struggles.

Another lefty masher on the list, but I prefer him as a flex over MVP because opposing pitcher Marco Gonzales has been a reverse-splits pitcher since 2018. However, that’s no reason to ignore Cruz’s ability to dominate against left-handed pitchers and his three home runs already this season.

I know the Red Sox, including Devers, just had a forgetful performance against Matt Harvey last week, but I’m going to trust the long-term numbers. Devers is arguably the best left-handed hitter on Boston and Harvey is allowing over 45% hard contact to lefties since 2018.

Another lefty on Boston to pick on Matt Harvey. He went hitless in the last meeting against Harvey but has since collected a hit in each of his last three games. I like his chances to get his first home run of the season Thursday.

Ross Stripling is a reverse-splits pitcher, so he fares better against lefties than righties; however, Walsh’s .309 ISO and 47.7% hard contact since 2018 is too good to ignore, especially at his salary on StatHero.

Just recorded his first multi-hit game of the season Wednesday and now gets to face Taijuan Walker making his season debut. Walker has not pitched a ton in the last few years with injury problems, but in that span he is allowing .375 wOBA and .226 ISO to left handed hitters. In a very small sample, Dickerson is 3-5 with a triple and two home runs against Walker.

Griffin Canning is a fly-ball pitcher and Tellez is a fly-ball hitter with the platoon advantage. He is still looking for his first hit of the season, but I like his chances to hit the ball hard considering Canning is allowing a 37.9% hard contact rate and .195 ISO to lefties since 2018.