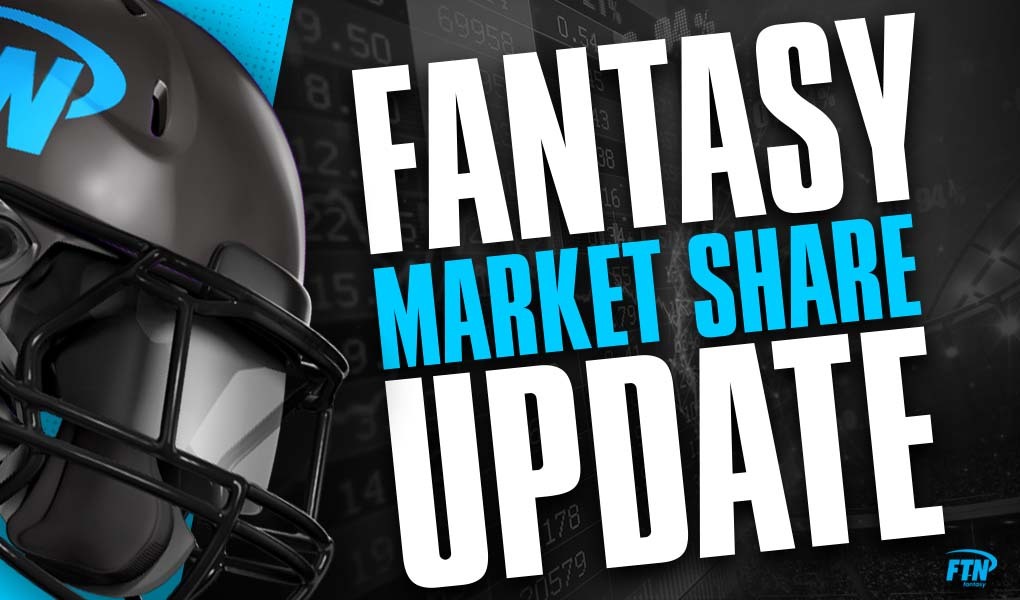 FTN's Matt Jones looks at the notable takeaways when it comes to market share heading into fantasy football Week 2. 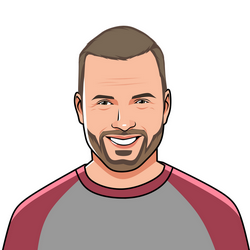 Each week during the season, we’ll take a look at the changing landscape of usage in the NFL and fantasy football. Whether you’re looking for a waiver wire pickup, deciding on a tough start/sit decision, or looking for a DFS play, understanding how players are being used is vital to success during the season.

The Running Back Touches We Want

Note: This is filtered out to 15+ touches for clarity purposes. The backs with red circles had a lower overall opportunity share than the backs with green circles.

It isn’t particularly surprising that Christian McCaffrey picked up where he left off. He was tied with D’Andre Swift at a dozen high-value opportunities.  The fact that Swift is so high on this list might be surprising until you realize that the Lions ran the most plays of anyone in the league on Sunday while in catch-up mode. His 22 touches represent about 25% of the opportunities on his team. That puts Swift in the same area of opportunity share as guys like Chase Edmonds and Javonte Williams. It appears that Detroit is running their entire offense through the running backs and tight ends, though, and they’re likely to be in similar game scripts most of the year. If you drafted Swift, you have to be encouraged by that usage out of the gate.

On the opposite side of things, Austin Ekeler seeing - checks notes - exactly zero targets is concerning. I’m not sitting here saying to panic or not to start him but it’s possible that his former shot-putter Philip Rivers necessitated a lot of his target volume. If Justin Herbert doesn’t want (or need) to check it down as much, Ekeler could be in a bit of trouble. Ezekiel Elliott falls just out of this graphic because he doesn’t meet the 15 touch requirement. I’m not quite hitting the panic button on him as a whole, but there are absolutely going to be games where he’s scripted out of the plan.

Elijah Mitchell will be an interesting name to watch moving forward. He seemingly passed Trey Sermon on the depth chart, who was a surprise healthy scratch in Week 1. Now with Raheem Mostert out for the season, Sermon will be in the mix for the first time in his career. Mitchell will be a hot waiver add, rightfully so, but watching the split over the next two weeks will be telling for their rest of season outlook.

Keenan Allen and Chris Godwin led the way in Week 1. They each also topped 28% of the targets for their respective teams. Some of the lesser names that may be available on waiver wires for your season-long teams include Juwan Johnson and Tim Patrick. You’re not necessarily blowing your FAAB on them, but they’re worth adding to the watch list to see how their role expands over the course of the first few weeks. We’ll wrap up with a look at all of the tight ends and wide receivers that saw 8+ targets in Week 1.

Matt Jones is a DFS and Fantasy Writer for FTNDaily and FTNFantasy and the host of Bogey Free. He does written content as well as provides DFS exposures and cheat sheets for FTNDaily for PGA and NFL.