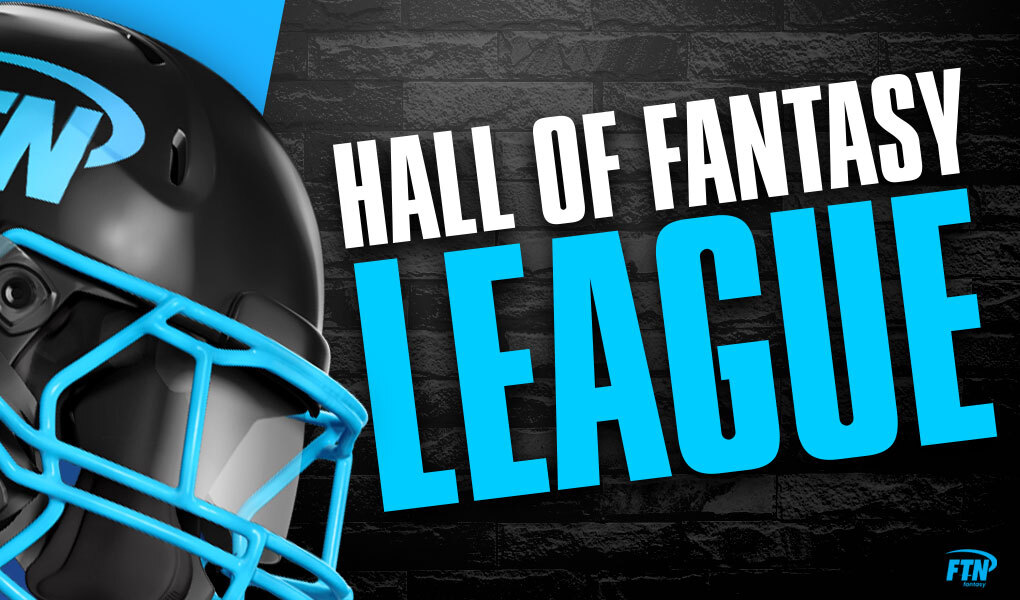 FTN's Joe Metz updates all on where things stand at the moment in the Hall of Fantasy League.

Week 11 of the Hall of Fantasy League is behind us as we begin to look toward the fantasy football playoffs a mere few weeks away.

If you are unfamiliar with the league, they do a fantastic job of laying everything out clearly and concisely on their homepage:

“The HOFL consists of 10 Football Franchises representing key markets throughout the U.S. Teams will be managed by a dedicated Front Office of fantasy experts who will compete on behalf of their respective Stakeholders.”

For more information, I wrote up the ins and outs of the entire league, including who is involved. You can read it here.

In regards to this piece, in particular, this will be a weekly piece highlighting where things stand in the league and a matchup to look forward to in the upcoming week.

The biggest draw to the HOFL is a fan’s ability to stake a team and have skin in the game without needing to keep up with the day-to-day management. Below is a reminder as to where teams ranked heading into the season in terms of the total stake, with the Vegas Pocket Kings being the league leaders.

Outlined below is how the week shook out around the league last week.

Below is a snapshot of how the entire league is shaking out after Week 11’s slate:

There’s a clear distinction at the top between the Hogmollies and Hot Wings, who have been battling it out all season for the No. 1 seed. With little separation elsewhere in the standings, the league’s playoff spots are still up for grabs.

Looking at the league as a whole, below is a preview of Week 12’s matchups in the league.

With so much stake on the line, every week counts. Will teams make a statement and separate themselves, or will they sink in Week 12 and make it even harder to climb out of the hole at the bottom of the standings?