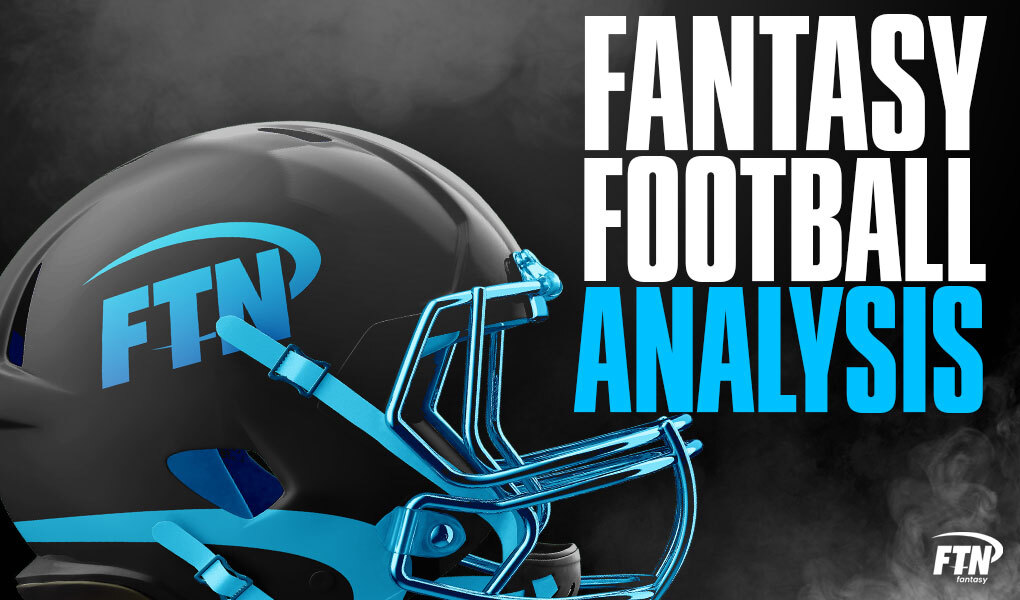 Joe Metz runs through the fantasy football draft strategies and approaches to PPR league drafts in the 2021 season.

With the draft season upon us, it’s important to differentiate how you should approach your draft based on the scoring system of the league with the most popular scoring likely being PPR formats, given the fact that players will carry different values in different scoring settings.

How should you approach your upcoming PPR drafts? Let’s dive in.

Take advantage of the FTNFantasy Platinum package for the 2021 season!

Fantasy football draft strategy - How to approach PPR drafts in 2021

Below is a summary of how my strategy shifts going into a PPR draft relative to other scoring formats in fantasy football.

With an additional point awarded for every reception, it only makes sense that wide receivers should see a significant uptick in scoring in this format. While most traditional formats tend to see a slew of running backs fly off the board in the first two or three rounds, PPR formats make it more viable to take a shot on high-end receivers early in drafts.

Of the top-12 scoring fantasy football players in 2020 in PPR formats, nine of them were either wide receivers or tight ends. As you can see below, the list was dominated by wide receivers (7):

It also took a historic 2,000-yard rushing season for Henry to crack the top-five on this list. The point: Wide receivers have a clear edge here compared to volume-dependent running backs. Drafting a top-end wide receiver ensures you both an elite floor and ceiling from your first-round selection.

Adding one more layer to this, many of the above seven receivers are currently available in the second round, per FTN’s consensus ADP tool. If you end up with a back-end pick in the first round, going zero-running back and drafting two top-tier wide receivers gives you an elite shot at having two of the twelve highest scoring players in fantasy on the same team, an upside that becomes more unlikely when you use an early-round pick on a running back without elite passing-game upside.

Curious who the top wide receivers in 2021 will be? FTNFantasy’s PPR rankings have you taken care of.

Obviously getting 20-plus carries out of your running back solidifies a rock-solid floor, regardless of format, but there’s a glaring issue in fixating on rushing volume. Only two players in the entire NFL eclipsed this mark last season: Derrick Henry (23.29) and Dalvin Cook (22.29). Even with both players eclipsing this mark (in addition to Cook averaging over three receptions per game), neither of them finished as the highest-scoring running back in PPR formats. The volume is nice when targeting a floor, but the receptions provide an untouchable ceiling. Need further proof? Look at the No. 1 player in PPR formats last season. Alvin Kamara logged over 100 fewer carries than both Henry and Cook, but his 83 receptions, 756 receiving yards and five receiving touchdowns solidified him as the No. 1 overall fantasy player by a whopping 40 points.

This strategy comes into effect in the later rounds as well. Take Kareem Hunt, for example. His current consensus PPR ADP is RB23. In 2020, Hunt finished as the RB10. While Nick Chubb missed four games in 2020 and Hunt isn’t expected to reclaim a top-10 spot again, he still logged 38 catches for 304 yards and five receiving touchdowns. Once again, the receiving upside unlocks a new ceiling.

Sticking with the theme of later rounds, this is often where you can take more shots on backs with receiving upside in PPR as well. Instead of rostering a backup who may see four or five carries on a good day, it could be worth targeting a backup running back who may work solely on third downs, as two or three catches may be enough to outscore any of the other late-round running backs going since the one or two receptions would equate to 10-20 rushing yards from late-round backs without receiving upside.

When do I draft tight ends in PPR this year?

Regardless of format, the tight end landscape is ugly. There is a massive drop off from the top three (I might argue the top two) tight ends to the rest of the pack, and that drop is only larger in PPR formats.

In 2020, Travis Kelce (105) and Darren Waller (107) were the only two tight ends in football to record at least 100 receptions. They were actually the only two tight ends to see north of 75 catches, and Logan Thomas (72 catches) was the only other one to top 70. Unsurprisingly, the seasons put together by Kelce and Waller slid them into the top-12 overall fantasy scorers in PPR formats in 2020 above. Because of this upside, there’s merit to taking them over early-round running backs that lack some of the necessary receiving upside that you want.

In terms of late-round tight ends, everything remains a crapshoot. The only thing that PPR changes relative to other scoring formats (outside of TE premium leagues) is that it adds value to tight ends getting you a consistent 4-40-0.

Take advantage of the FTNFantasy Platinum package for the 2021 season!

In a standard-scoring league, it makes sense to load up on running backs and find security in the volume. While running backs still carry value in PPR (simply different, as alluded to above), just as much scoring security can be found in pass catches. Because of this, it’s both more common and more profitable to load up on pass-catchers (primarily wide receivers if you miss out on a top-tier tight end).

Not only does this mean your two/three starting wide receivers, but it also means grabbing another early-round receiver to start in your flex spot while having three or four bench spots occupied by receivers, targeting as much target-upside as possible. Simply put, it’s a very similar strategy to targeting running backs in standard leagues, simply a different position exploiting the favorable scoring system.