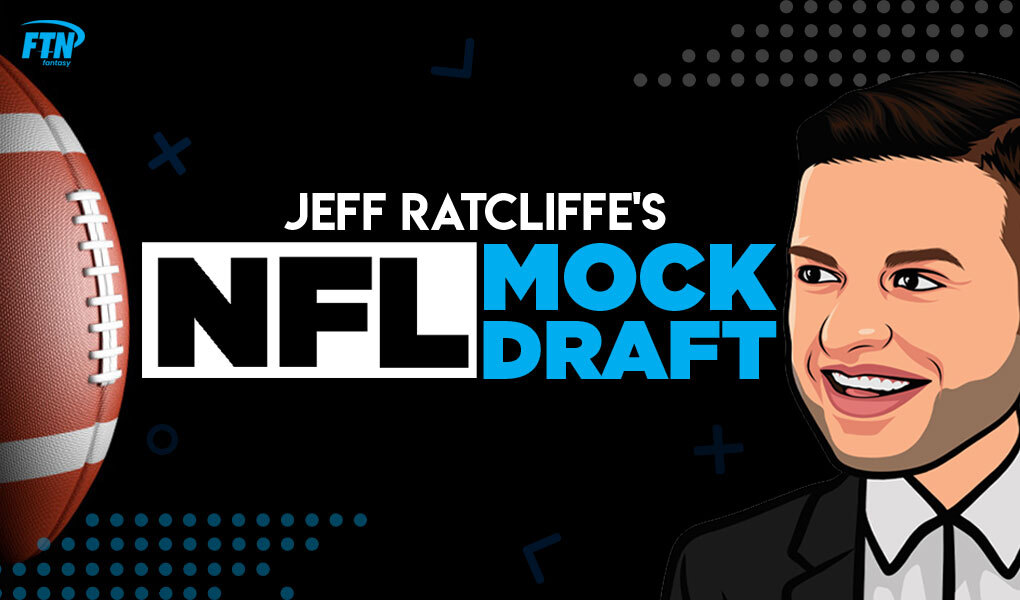 FTN's Jeff Ratcliffe breaks down version 2.0 of his mock for the 2021 NFL Draft, where the Carolina Panthers trade up to No. 3 overall. 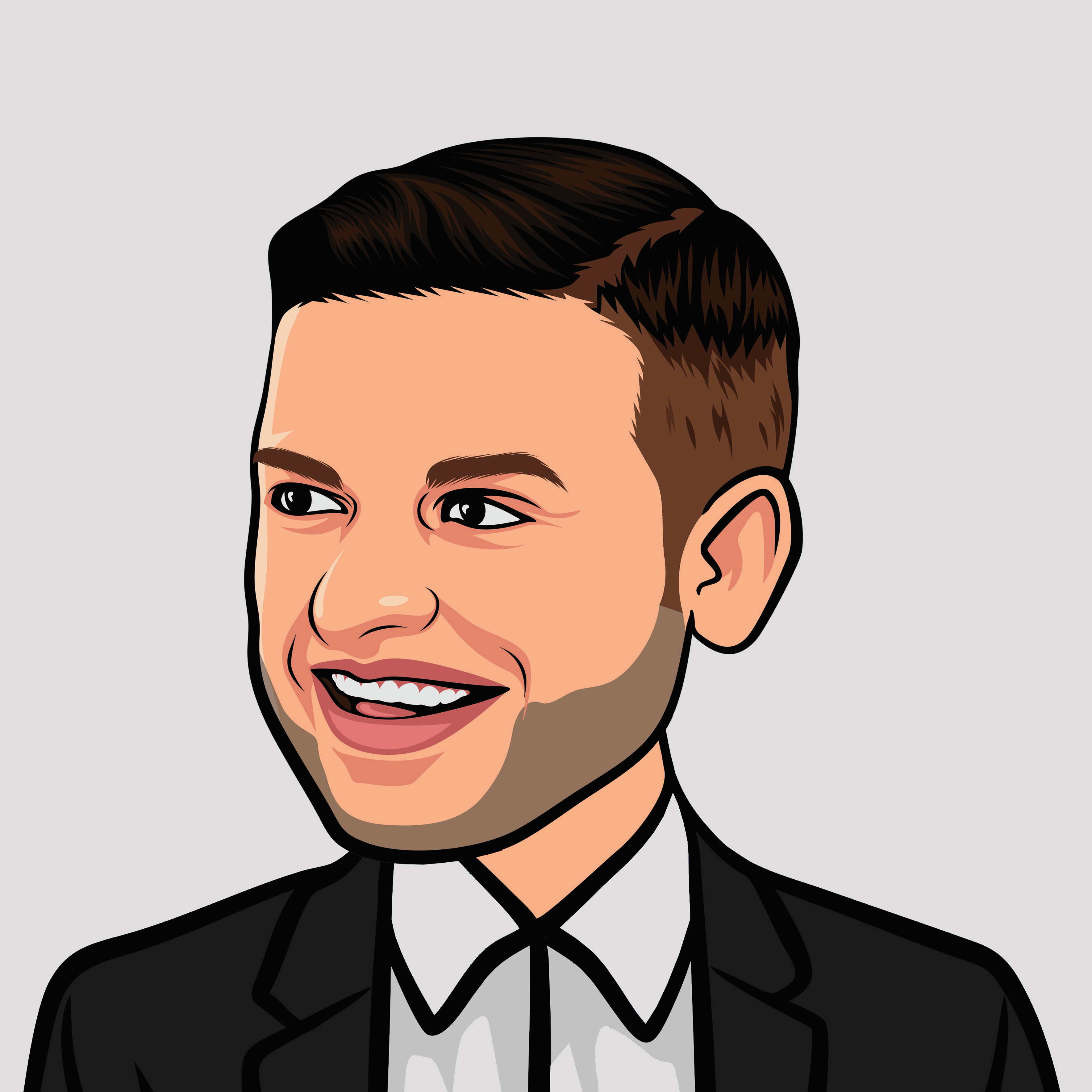 NFL free agency is just over two weeks away, and a lot has changed since we released Mock Draft 1.0. With the pre-draft process in full swing let’s take another crack at a 2021 NFL Mock Draft. Here’s how I see things shaking out based on what we currently know.

In theory, the Jags could trade out of this spot, but I don’t see it happening. Lawrence is the slam dunk No. 1 overall pick.

The rumblings continue to grow louder for Wilson to the Jets with this pick. Taking Wilson makes a lot of sense from a roster construction standpoint, as having a quarterback on a rookie deal will allow Joe Douglas and Robert Salah to build around Wilson.

Here we go. With it looking increasingly likely that Deshaun Watson won’t be moved before the draft, Carolina makes a power move to get their quarterback of the future. Fields has a big arm and impressive mobility. He’d be a very intriguing fit in Joe Brady’s offense.

With Julio Jones very much in the twilight of his career, the Falcons grab the most complete wideout in this year’s class. Chase opted out of 2020, but what he did in 2019 was special. He was clearly the best wideout on an LSU squad that also featured Justin Jefferson.

Nothing has changed from my first mock draft with this pick. The Bengals need to prioritize protect Joe Burrow. Sewell opted out of the 2020 season, but he more than impressed in 2019 with no sacks allowed on the season. He also pitched a shutout with no hits or hurries in 9 of 13 starts.

Carson Wentz is gone, but it would be a bit of a surprise if the Eagles went quarterback in this spot. With Alshon Jeffery and DeSean Jackson out of the mix, Philly has a glaring need at wideout. Smith gives them a dynamic playmaker who will pair up with Jalen Reagor.

It initially looked like the Lions would be in the market for a signal-caller, but acquiring Jared Goff in the Matthew Stafford trade means they’ll go in a different direction here. Detroit has a lot of rebuilding to do, especially on the defensive side of the football. Farley comes with length and tremendous athleticism at a very important position in today’s pass-centric NFL.

Trading out of the three spot makes a lot of sense of Miami if they’re willing to give Tua Tagovailoa a reasonably long leash. And if that’s the case, why not add a weapon to the mix. Waddle is an explosive movable chess piece who Tagovailoa played with at the college level.

There’s no denying the Broncos’ need at quarterback. Lance comes with some question marks, but his big arm and impressive mobility are extremely appealing. For Lance, this is also a great landing spot, as he’ll be paired up with a fleet of young pass catches in Courtland Sutton, Jerry Jeudy, K.J. Hamler and Noah Fant.

With things relatively solid on the offensive side of the ball, the Cowboys go with an Alabama corner for the second straight year. Surtain’s length and high football IQ give pairs well with Trevon Diggs.

New York’s strength is along the interior – of course, some of that hinges on what the Giants end up doing with Leonard Williams – but they do have a need along the edge. Paye still has some developing to do, but his improvements in 2020 are encouraging.

OK, I know what you’re thinking. Yes, the 49ers have George Kittle. But we continue to see more and more teams using 12-personnel throughout the NFL. Kittle on the field along with Pitts would create a matchup nightmare for opposing defenses.

Like the Bengals at No. 5, the Chargers go offensive line to protect their young franchise quarterback. This might be a tad late on Slater for some, but there’s a path for him still being on the board at this point.

Mike Zimmer has made it clear that he wants to run the football, so the Vikings go with one of the better run-blocking offensive linemen in this year’s class in Darrisaw.

It’s tempting to go with Mac Jones in this spot, but that just doesn’t feel like a Patriots move. Bill Belichick’s squad certainly has their work cut out for them on the offensive side of the ball, but they also need defensive help. Parsons gives them a much-needed boost at linebacker and should help shore up the New England run defense.

It was tempting to go wide receiver here, but edge is arguably a bigger a need for this squad. Arizona traded for Markus Golden last season, but he figures to hit free agency. Rousseau has a limited resume at the college level, but his physical traits are off the charts.

It’s no secret that the Raiders brass are not satisfied with what they have on the defensive side of the ball. Owusu-Koramoah is a tad undersized, but he has the chops to be a three-down option in the NFL.

With their second pick of the first round, the Dolphins address a big need at linebacker. Collins had an explosive rise in 2020 and was one of the nation’s top defensive players. His impressive size makes him the optimal fit in a Belichick-derived defense.

Jones doesn’t have the high ceiling of the top four quarterbacks in this year’s class, but he’s a proven winner who gives you accuracy in the short and intermediate areas of the field. His skill set bodes well with the existing talent in Washington.

Allen Robinson could potentially be on the move if the Bears don’t end up re-signing the veteran wideout, but Chicago has a need at the position regardless. Bateman excels as a route runner and has NFL size.

With their quarterback situation addressed, the Colts can focus on adding positions of need in the draft. They get younger on the edge with this pick in Ojulari. The Georgia product isn’t the biggest edge in this class, but his speed bodes well at the next level.

Phillips comes with a lengthy injury history and is far from the safest pick That being said, he’s also arguably the most talented edge player in this year’s class. He could prove to be a tremendous value in this spot.

The Jets addressed quarterback with their first pick and now address another need with Joe Horn’s son. Horn is athletic, physical and should step right into Robert Saleh’s defense.

Once one of the Steelers’ strong suits, the offensive line is now a big need with Maurkice Pouncey retiring, Alejandro Villanueva likely to hit free agency and David DeCastro’s play declining. Vera-Tucker played tackle at the college level but is viewed more as an interior option at the next level.

The theme of supporting a young quarterback with an offensive lineman continues. Cosmi is a strong pass blocker who will give the Jags consistency at tackle.

Edge isn’t an issue for the Browns with Myles Garrett in place, but they do have a need along the defensive interior. While this isn’t a premium interior class, Barmore has impressed over the last two seasons in Alabama and is the clear top option in the class.

With Yannick Ngakoue and Tyus Bowser set to become free agents, the Ravens need to address the edge. Oweh gives them major speed and versatility along the edge.

The Saints need an upgrade at linebacker, so Bolton makes a lot of sense here. The Missouri product isn’t the most physically imposing player, but his football IQ and well-rounded game would give the Saints a rock-solid option at the position.

This pick isn’t going to happen, but I’m going to keep mocking him here. The Packers have a glaring need at wide receiver, and Toney would give them an explosive playmaker. Of course, they probably won’t draft a wideout here.

The Bills grab some more protection for Josh Allen along the offensive line with Jenkins. While he only played part of the season, Jenkins impressed in pass blocking.

We know the Chiefs love dynamic wide receivers, and Moore really fits the bill. The Purdue product would give Patrick Mahomes yet another extremely athletic weapon.

Sure, it’s a bit of a luxury pick, but the Bucs are in a position to do so. Etienne is a three-down back with homerun hitting ability who fits very well with what Bruce Arians and Byron Leftwich do offensively.