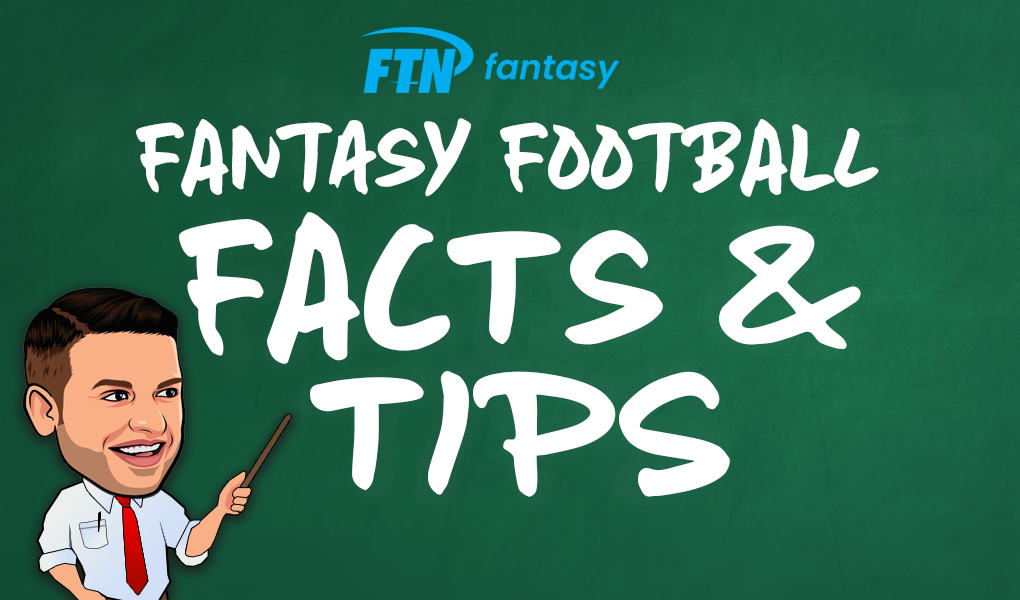 The Report: Fantasy football facts and tips for the Divisional Round

FTN's Jeff Ratcliffe looks at the full Divisional Round NFL slate to find the best and worst situations and matchups for fantasy football players to use.

We’re heading into the Divisional Round, and eight teams remain standing in the NFL. While fantasy football isn’t quite the same during the playoffs as it is in the regular season, there’s still plenty of opportunity to play in DFS contests and one-and-done leagues. Regardless of which format you’re in, we have you covered here at FTN. Like we do every week in the Report, we’re breaking down every game from all fantasy angles below.

Over his last five games, Cam Akers has racked up 113 rushing attempts, with 20-plus in four of those contests. Akers would seem to be an excellent play in this one given the popular narrative that the Packers struggle against the run. But upon closer inspection, Green Bay has stiffened up on the defensive side of the ball. Since Week 13, the Pack allows just 3.7 yards per carry to running backs despite facing Miles Sanders, D'Andre Swift, Derrick Henry and David Montgomery over that span. Akers should see a heavy workload and is in play in one-and-done contests, but it’s wise to temper expectations. Jared Goff practiced in full this week and will be under center for the Rams. Unfortunately, he faces a Packers defense that allowed the fourth-fewest fantasy points per game to quarterbacks over the last five weeks of the season. Goff’s task could be even more difficult if Cooper Kupp doesn’t manage to suit up. He’ll also have to deal with Jaire Alexander shadowing Robert Woods.

This is a fascinating matchup on the other side of this contest with arguably the league MVP in Aaron Rodgers up against the league’s best pass defense. The Rams surrendered per game league lows in net passing yards (212.1) and passing touchdowns (1.1) along with holding opposing signal callers to just 6.2 passing yards per attempt. Quarterbacks scored just 14.0 fantasy points per game against the Rams in the regular season. That’s the lowest in the league. With that said, Rodgers tossed 48 scores in the regular season and is at home in Lambeau. If the Packers offensive line can manage to contain Aaron Donald, Rodgers will get his in this one. LA allowed just 75.5 rushing yards per game to opposing backfields in the regular season. That was the sixth-fewest in the league. Of course, Aaron Jones is coming off a 2020 regular season where he averaged a massive 5.49 yards per carry. Davante Adams is extremely likely to see a shadow from Jalen Ramsey in this one, but that doesn’t mean we’re automatically downgrading him. The corner is most definitely a part of the matchup equation, and Ramsey is a darn good one. He’s allowing just 0.15 fantasy points per route covered this season. But we also need to consider the skill level of the receiver. Adams has been off-the-charts efficient with a massive 0.78 fantasy points per route run. That’s more than double the league average. Simply put, Adams is the best wide receiver in the league and is likely to get his regardless of the matchup.

Not only did he give us an unforgettable Mike Jones reference, but Lamar Jackson also put his team on his back in the Wild Card round. The Bills were a mid-pack matchup for quarterbacks on the season but were much tougher down the stretch. Buffalo ranked as the seventh-worst matchup over the final five weeks of the season. Interestingly, Buffalo allowed seven rushing scores to quarterbacks in the regular season. Only the Chargers and Broncos allowed more. Jackson is one of the top plays on the board this week. In the regular season, Buffalo allowed 0.8 rushing scores per game to running backs. That’s a favorable number for J.K. Dobbins, who has found pay dirt in seven straight games. Tight ends averaged 62.1 receiving yards per game against the Bills in the regular season. So yeah, Mark Andrews is going to eat.

Josh Allen paced the league’s quarterbacks in fantasy scoring in the regular season and posted the top line on the board last week as well. But he’ll have his work cut out for him here. Baltimore’s pass defense held opposing signal callers to just 6.3 yards per attempt, which was the second-lowest number in the league. The Ravens also allowed just 1.3 passing TDs per game. This is a mid-pack matchup for Devin Singletary, but we’re more interested in him because Zack Moss will not be playing. Singletary averaged 17.3 touches per game in the three games he played with Moss sidelined in 2020. That's 6.8 more touches (and 15.2 more snaps) than with Zack Moss playing. Baltimore has one of the league’s most well-rounded secondaries with Jimmy Smith, Marcus Peters and Marlon Humphrey forming a formidable trio. But this is another instance where the skill-level of the receiver pushes this matchup into neutral territory. Stefon Diggs average a massive 11.9 targets per game in the regular season and figures to see another big workload in this contest.

Over the last five weeks of the regular season, only five teams allowed more fantasy points per game than the Chiefs did to quarterbacks. Granted, the Kansas City did rest their stars in Week 17, but the Chiefs were a mid-pack matchup or better for much of the season. Quarterbacks averaged 1.8 passing scores per game against the Chiefs. Even in a losing effort, Baker Mayfield has the potential to put up a big line in this one. Likewise, so does Nick Chubb. The Chiefs were one of just 11 teams to allow more than 100 rushing yards per game to opposing backfields in 2020. Running backs average 4.53 yards per carry against Kansas City. Kansas City also finished the regular season as the No. 7 matchup for tight ends. If you want to fade Mark Andrews and Travis Kelce, Austin Hooper is a very intriguing option. Hooper racked up 11 targets against the Steelers last week. 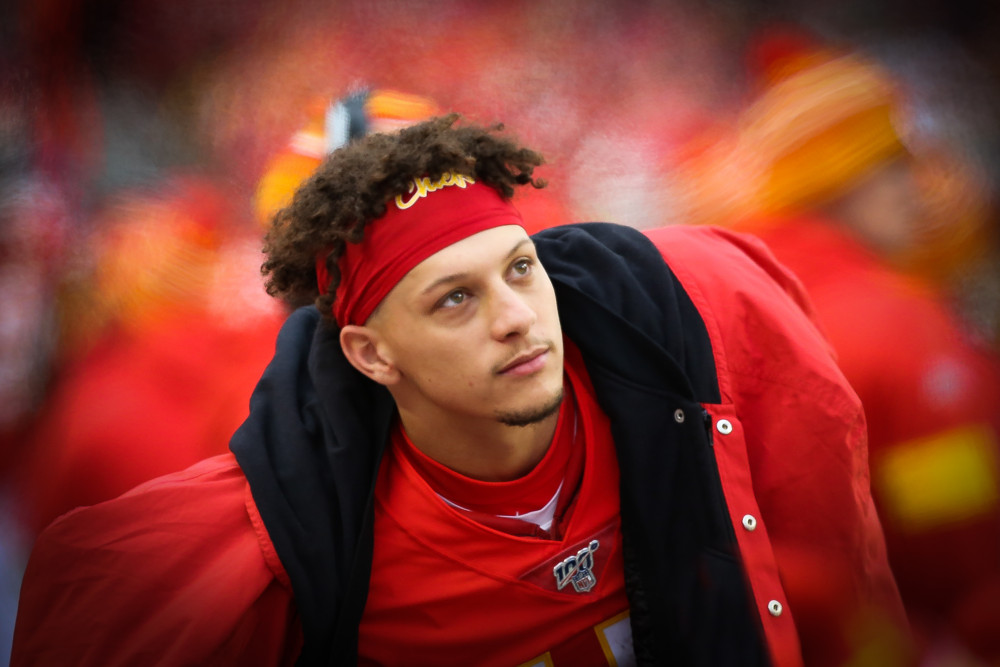 Cleveland will get Denzel Ward and Kevin Johnson back this week, but the Browns are still a very favorable matchup for Patrick Mahomes. The Browns ranked 12th in net passing yards allowed per game (260.4) and tied for eighth in passing touchdowns allowed per game (1.9). However, Cleveland has fared well against running backs and are the seventh-worst fantasy matchup for position. Questions loom for the Kansas City backfield, as Clyde Edwards-Helaire went “DNP” in Thursday’s practice session. If Edwards-Helaire can’t suit up, we’ll likely see some sort of combination of Le'Veon Bell and Darrel Williams. Only four teams allowed more fantasy points per game to tight ends than the Browns in the regular season. You don’t need a reason to use Travis Kelce, but you have one anyway.

Tom Brady has arguably his worst outing of the season when these two teams last faced each other back in Week 9. Brady tossed three picks and no scores in that contest, which now seems like years ago. Since then, the Bucs passing game has finally materialized and Brady has been on a tear. Over the last eight weeks, he leads the NFL with 319.3 net passing yards per game and averages 2.9 passing scores per game. While the Saints surrendered just 234 net passing yards per game in the regular season, they also allowed a healthy 1.8 passing scores per game. Despite Week 9, Brady has a very high ceiling in this one given his recent play. New Orleans finished the regular season as fantasy’s worst matchup for running backs with opposing backfields averaging just 3.88 yards per carry. With Ronald Jones returning to practice Thursday, there’s a lot of uncertainty with this Bucs backfield. It’s best to avoid this weekend. Rob Gronkowski does get a favorable draw here with the Saints finishing the regular season as fantasy’s No. 10 matchup for tight ends, but he’s a hard pass this week. Gronkowski stayed in to block on 38% of his pass snaps last week. Expect the Bucs to use him similarly this week.

Quarterbacks averaged just 199.6 net passing yards per game against Tampa Bay over the final five weeks of the regular season. That’s the fourth-fewest over that span. The Bucs also surrendered just six passing scores over that stretch. Drew Brees is one of the best quarterbacks of his generation, but the 42-year-old offers very little upside in this matchup. The Bucs started the season out with Carlton Davis in shadow coverage against Michael Thomas in Week 1. Of course, Thomas suffered a high ankle sprain in that contest, and that injury lingered throughout the entire regular season. But he seemed to be much closer to 100% last week and found the end zone in the Saints’ Wild Card win over Chicago. A full-strength Thomas is much more of a challenge for Davis, who is coming off a breakout season. While we do expect Davis to shadow Thomas here, this isn’t a matchup to fade. Running backs averaged just 3.38 yards per carry against the Bucs in the regular season. Only three teams allowed fewer fantasy points per game to the position. But those stats really didn’t matter for Alvin Kamara, who found the end zone as a runner in both meetings this season. He also caught five balls in each contest. With Latavius Murray and Taysom Hill banged up, Kamara could be in store for a massive workload.