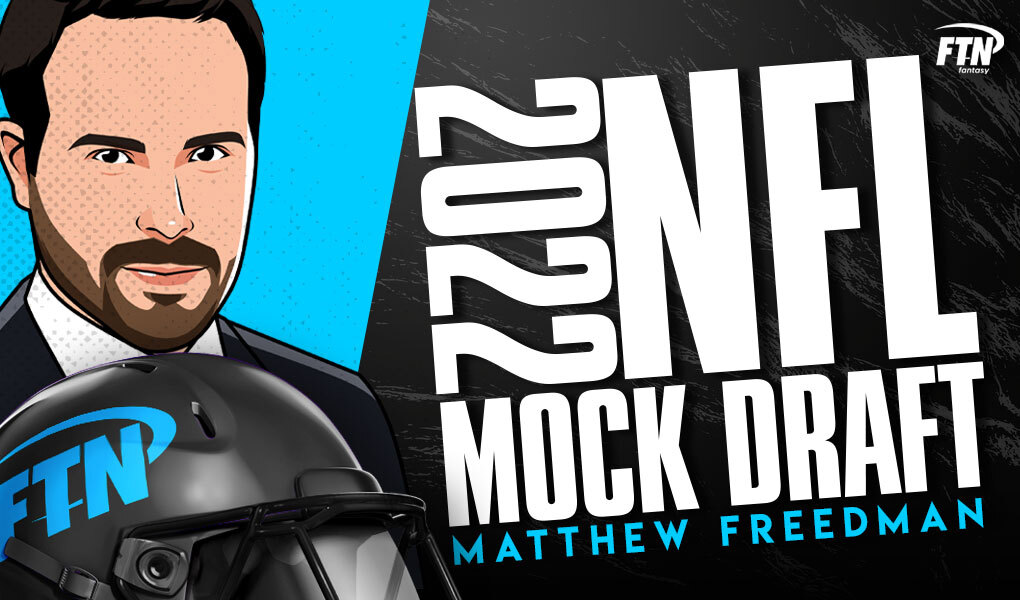 FTN's Matthew Freedman offers up his early first-round mock for the 2022 NFL Draft.

If you know anything about me, you probably realized years ago that I am obsessed with the NFL draft. It’s my Super Bowl. Since 2019, I am No. 3 in total FantasyPros mock draft points and the only person to finish in the top 20 each year.

I don’t mean to brag. Rather, I mean to convey the true depths of degeneracy: I’m obsessed with the draft in a way that few people in life are ever interested in anything.

It’s a sickness. And the only cure for it is an updated version of my way-too-early 2022 mock.

I almost never project trades in my mocks, but a number of transactions for the 2022 draft have already taken place.

Here are the traded picks for Round 1.

As my board stands now, the Lions, Jets and Giants each have two 2022 first-rounders, and the Eagles have three.

I have used team futures odds at DraftKings Sportsbook to set the draft order.

It’s simple, but simplicity is sophistication.

For this mock, I have generally endeavored to match prospect strength with potential team needs in the event that my proposed draft order is actually correct.

For example, if the Eagles play poorly enough in 2021 to earn the No. 6 pick in 2022, then that will likely mean that Jalen Hurts is not the quarterback of the future in Philadelphia, in which case the Eagles will be strongly incentivized to take a passer in the draft — and quarterback Kedon Slovis (USC) is available at that pick in my mock and likely to be a top-10 selection based on the data I look at, so he goes to the Eagles at No. 6.

Creating a mock draft is not a science — especially not this far before the actual draft -- but I try to be as methodical as possible.