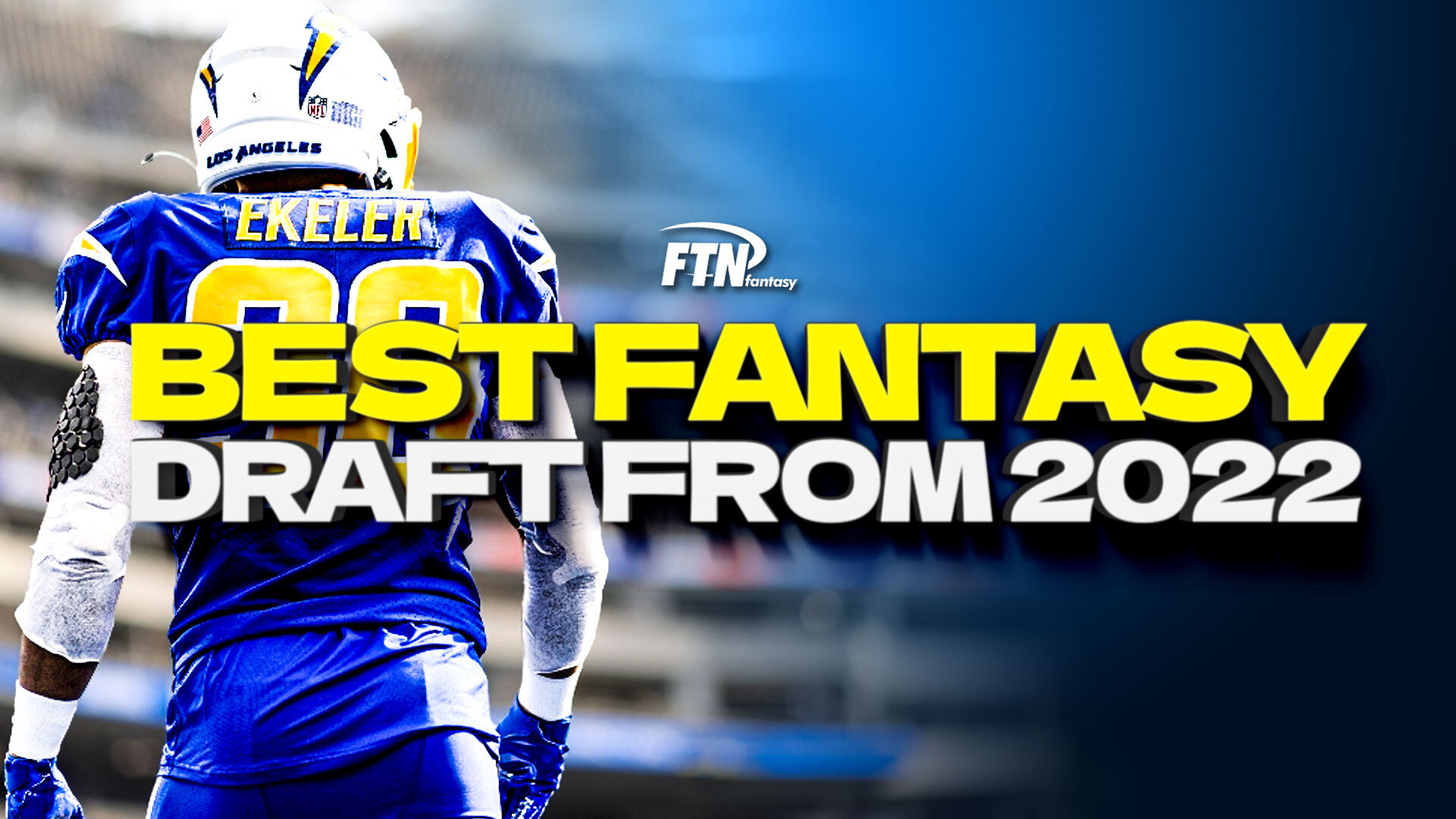 The Perfect Fantasy Football Draft from 2022

FTN's Tyler Loechner looks back on how a perfect fantasy football roster would have been assembled in 2022.

Nailing your fantasy football draft is easier said than done, but with the benefit of hindsight, we can take a look back at what the perfect 2022 fantasy draft would have looked like.

Spoiler alert: Your roster would have been absolutely loaded.

Austin Ekeler finished 2022 as not only the overall RB1, but the most valuable fantasy player overall. He topped 30 points four times, went over 20 points nine times and was the top overall RB four times — including in Week 17 championship games.

It’s hard to remember back in August when we thought Travis Kelce was a second-rounder. The post-Tyreek Chiefs were unknown (ha) and Kelce is getting older (double ha). There were zero games this season in which Kelce did not help your fantasy team win. 100% consistency is insane.

Technically, Patrick Mahomes had more fantasy wins added from Round 3, but only by 0.02 — and you could wait to get Jalen Hurts a few rounds later. Picking A.J. Brown in Round 3 makes that stack possible, and Brown was fantasy gold this year. He flopped in only two games and finished the year as a top-five fantasy WR.

Nobody saw this coming. After a humbling start to the season, Josh Jacobs exploded from Week 4 onward. He was the overall RB3, which is already elite value for Round 4, and he posted a dominant five games with top-three weekly finishes at the position.

Rushing QBs are apparently good for fantasy football. Jalen Hurts’ 2022 campaign was truly dominant for fantasy. He finished as a top-five player at the position in 11 of 15 games. That’s insane! This ceiling flashed in 2021 (five games as top-five QB), but the consistency made him elite in 2022.

Whether or not you bought the Amon-Ra St. Brown hype was a big point of discussion in the 2022 offseason, and he quickly showed us the juice was worth the squeeze. He finished the year as the overall WR7 despite dealing with some injuries. St. Brown will again be interesting to pinpoint in 2023 drafts, as he doesn’t profile as elite despite elite production. But the message to doubters was undoubtedly sent in 2022.

Those who waited for DeAndre Hopkins were rewarded handsomely, as he immediately stepped back into a fantasy WR1 role. Hopkins turned more into a back-end fantasy WR2 once Marquise Brown returned and the Cardinals overall struggled down the stretch, but that — combined with four top-12 weeks — was more than enough to return value on his Round 7 price.

It seemed like everyone but the Cowboys knew Tony Pollard was the best RB on the team, and fortunately, in 2022, the Cowboys finally came around. Pollard was hot-and-cold, somewhat game-script dependent and in a full timeshare with Ezekiel Elliott, but he still posted six games as a top-10 RB, including three as a top-three. The overall RB9 in 2022, there was no better Round 8 pick.

Rhamondre Stevenson vs. Damien Harris was a debate we had over the summer, but by October, that was quickly put to bed. The dual-threat Stevenson was the RB7 on the year with seven top-10 games and five more top-24 games. He did this despite New England’s offensive woes (only six total TDs for Stevenson). If the Pats offense improves in 2023, Stevenson will be the biggest winner.

Kenneth Walker benefitted from the Rashaad Penny injury, but he certainly seized his opportunity and made the most of it. He finished as an RB2 or better in 60% of his games and scored double-digit fantasy points all but once from Week 5 on.