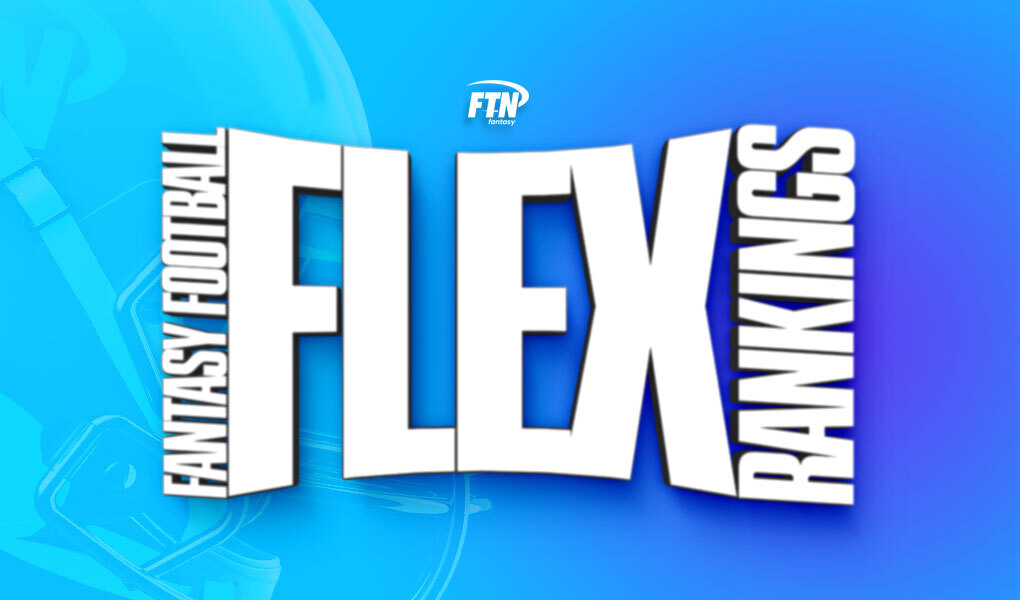 FTN's Jeff Ratcliffe breaks out his fantasy football flex rankings for Week 12 of the NFL season.

It’s Wednesday, and that means it’s time to break out the fantasy football flex rankings for Week 12 of the 2022 NFL season. If you’re new to the concept of flex rankings, these are simply the combined overall rankings for running back, wide receiver and tight end for each week during the fantasy football season. These are not suggestions for who to start in your flex spots.

This list is our initial rankings, but it will change a lot throughout the week. If you want all the latest updates, then be sure to check our staff rankings page. Promo code “RATPACK” gets you 20% off of any FTN subscription.

1. Stefon Diggs @ DET (WR1) – Last week wasn’t optimal, but Diggs has one of the best matchups on the board against a hobbled Lions secondary that will be without Jeff Okudah.

2. Austin Ekeler @ ARI (RB1) – He’s fantasy No. 1 running back and remains the top play at the position against a fading Cardinals squad.

3. Tyreek Hill vs. HOU (WR2) – This one just isn’t fair for Hill and the Dolphins passing game.

4. Derrick Henry vs. CIN (RB2) – He’s coming off one of his best fantasy performances of the season and is locked in as an elite play against the Bengals.

5. Josh Jacobs @ SEA (RB3) – Jacobs is on pace for well over 300 touches and gets a fantastic matchup in this one.

6. Davante Adams @ SEA (WR3) – Adams is playing fantastic football and gets an even better matchup this week.

7. Jonathan Taylor vs. PIT (RB4) – He’s turning things around at just the right time and has posted strong performances in back-to-back weeks.

8. Travis Kelce vs. LA (TE1) – Like a fine wine Kelce continues to get better with age.

9. Christian McCaffrey vs. NO (RB5) – San Francisco’s creativity with McCaffrey has been extremely fun to watch. More importantly, their ability to use Elijah Mitchell should also keep McCaffrey healthy.

10. Kenneth Walker vs. LV (RB6) – We get Walker back from bye, and he should see a healthy workload against the Raiders.

11. DeAndre Hopkins vs. LAC (WR4) – It really doesn’t matter who is under center for the Cardinals. Hopkins is a high-volume option regardless.

12. Saquon Barkley @ DAL (RB7) – Barkley is coming off a surprising clunker last week and gets a relatively tough matchup in this one.

13. Nick Chubb vs. TB (RB8) – This isn’t an easy matchup, but Chubb remains one of the league’s premier between-the-tackles runners.

14. Travis Etienne vs. BAL (RB9) – Etienne’s massive ceiling is going to be a huge asset for the fantasy stretch run.

15. Dalvin Cook vs. NE (RB10) – This is a rough matchup for Cook, but the Vikings runner has flashed big-play ability over the last few weeks.

16. Rhamondre Stevenson @ MIN (RB11) – He’s solidified as the lead back and gets a great matchup against a Vikings defense that just gave up a massive day to the Dallas backfield.

21. Tony Pollard vs. NYG (RB15) – Last week’s No. 1 fantasy running back is now the back to play in the Dallas backfield.

22. CeeDee Lamb vs. NYG (WR6) – The Giants are extremely banged up at corner making this a great spot for Lamb.

23. James Conner vs. LAC (RB16) – Conner gets a fantastic matchup against a porous Chargers run defense.

24. A.J. Brown vs. GB (WR7) – Jaire Alexander is on the other side of the field, but Brown remains in play as a top-10 option given his massive ceiling.

25. Jaylen Waddle vs. HOU (WR8) – Like Tyreek Hill, this matchup is just unfair for Waddle.

34. Jeff Wilson vs. HOU (RB19) – He’s the lead back in Miami but expect to also see plenty of Raheem Mostert against the Texans.

40. Terry McLaurin vs. ATL (WR16) – McScorin came back to earth last week, but he’s in a favorable spot for a bounceback against the Falcons’ secondary.

47. Keenan Allen @ ARI (WR22) – Allen looked good in his return and gets a favorable draw against a fading Cardinals defense.

56. Rachaad White @ CLE (RB26) – He isn’t inside RB2 territory just yet, but that could happen as soon as next week with a good performance against the Browns.

83. Treylon Burks vs. CIN (WR45) – The rookie exploded on Thursday night last week, but let’s not get too far ahead of ourselves. He’s just a flex option this week.