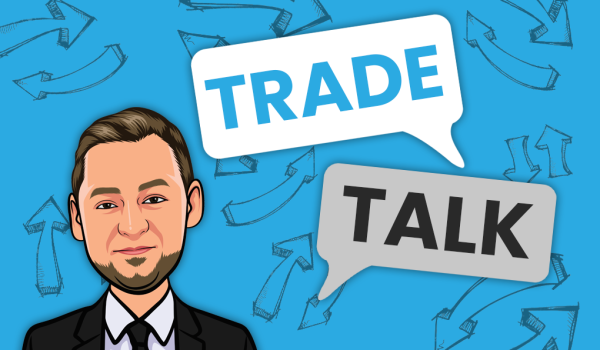 FTN's Chris Meaney discusses which players to buy low or sell high in fantasy football heading into Week 3 of the NFL season.

The goal here is to highlight a few players who have seen their stock rise or fall, which ultimately leads to buy-low and sell-high trade targets in fantasy football. If you’re looking for Week 3 waiver-wire pickups, check out the latest episode of Mean Streets.

I’ve also highlighted a few players I’m concerned about, a few I would rather hold than trade and a few players I would cut ties with. You’ll also see the top 10 players traded in CBS Sports fantasy football leagues over the past 24 hours. I addressed some of the following players here.

Keep in mind that some of the buy-low and sell-high candidates mentioned below don’t need to be moved. These are merely suggestions. I’m a big believer in 2-for-1 and 3-for-1 package deals if it means landing the best player in the trade. Remember, you want to sell high and buy low, not sell low and buy high.

I think we had a pretty good Week 1, as we suggested buying Mike Williams, DeVonta Smith, Cam Akers, Dameon Pierce and Allen Robinson. I wouldn’t sell any of those players after they had good games in Week 2. 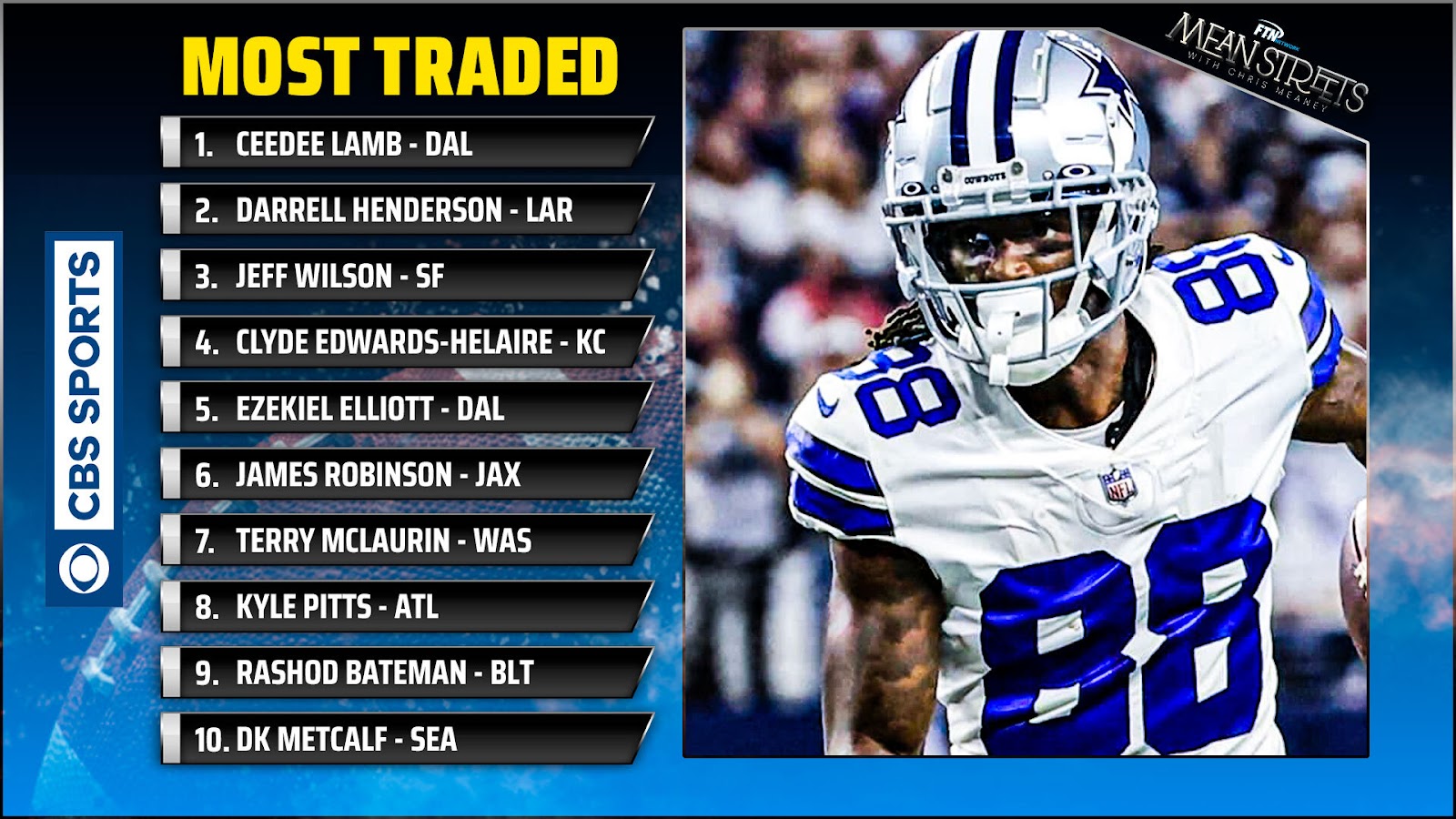 Dalvin Cook is my No. 1 buy in fantasy, especially after everyone saw him total 17 yards on six carries on MNF. I’d like to think he’s not available, but you never know. Credit to the Eagles for the poor showing from everybody in Minnesota last week. Forget about that game. Cook has 20 carries and 90 yards in Week 1 and has 11 targets through two weeks. He’s usually always inside the top five in opportunities for the week, and the Vikings offense will be a strong unit in 2022. One of Miles Sanders, Antonio Gibson or Cordarrelle Patterson along with a wide receiver may be enough to get the deal done.

I won’t spend too much time on Dameon Pierce because you already know how I feel. He was a buy last week and finished with 100% of the running back carries in Week 2. Rex Burkhead saw most of his time in third-down and two-minute drill situations. This may be the last time you can buy before the window closes.

Since the only thing the Bears want to do is run, and the only player Justin Fields wants to throw the football to is David Montgomery, this buy makes sense. There’s a lot of love out there for Khalil Herbert, and I totally understand it, but Montgomery has 32 rushing attempts and 39 opportunities (carries and targets) in two games. That’s tied for the eighth most in football. As mentioned in the video below, Montgomery racked up five catches per game over his final six games of 2021. It looks like he may be just as involved in the passing game in 2022.

CeeDee Lamb is the most traded player in CBS Sports fantasy football leagues over the last 24 hours, so I wanted to share my thoughts on his outlook. Lamb is the player people asked the most questions about after his 3.9 fantasy point showing in Week 1, followed by the news Dak Prescott would miss 4-6 weeks due to a broken thumb. I suggested holding CeeDee because owners wouldn’t get a proper return after his 29-yard game. The Cowboys wideout only had two catches in Week 1 but had 11 targets. He also had 11 targets in Week 2 with Cooper Rush and turned them into 75 yards. As the list above suggests, people are willing to sell Lamb, and it was probably a little bit easier to buy considering he’s tied for the ninth-most targets at the WR position.

That’s exactly why I’d buy Lamb, but only if I'm 2-0. He may not score many touchdowns over the next couple of weeks, but the volume will be there and Dak will be back before you know it. If you’re 2-0, you probably have good wideouts, so it may not be needed, but I’m in on acquiring Lamb if it meant he’d be my WR3 or FLEX between Week 12-16.

I think it’s only a matter of time before we see Cam Akers get nearly 70% of the snaps in LA. I said not to sell but to hold Akers last week because he didn’t touch the field in the season opener. Well, not only did he touch the field in Week 2, he looked great on a couple drives. Darrell Henderson picked up some goal-line work, which is definitely valuable on a high-powered offense like the Rams. However, it’s not a lock that Henderson will get all the goal-line work.

Akers has had success in that role before and was the back who marched them all the way up the field against Atlanta. If it weren’t for a late timeout, Akers may have scored that rushing TD, not Henderson. I’m banking on Akers receiving a similar type of workload he had in the playoffs moving forward.

Antonio Gibson has 28 carries and nine grabs through two games. That’s amazing usage, especially the work through the air (85 yards). However, it sounds like Brian Robinson could return soon, and I believe J.D. McKissic will still be involved through the air, which we saw last week. Gibson has earned the right to start even when Robinson returns, but it’s clear Ron Rivera has high expectations for Robinson. He could steal goal-line work right away. I’d move on from Gibson now while the going is good. The 28 carries are great, but 3.1 yards per carry isn’t anything special.

Tyler Lockett was dropped all over the place after he only had three catches for 28 yards in Week 1. Dropping him wasn't ideal, but neither was starting him. Lockett has always been boom or bust, but I think we'll see more bust with Geno Smith under center. Lockett had a boom Week 2, as he racked up nine catches for 107 yards on 11 targets. Now people want him again, as his ownership has jumped. This is the time to get out if you want, and I think you should.