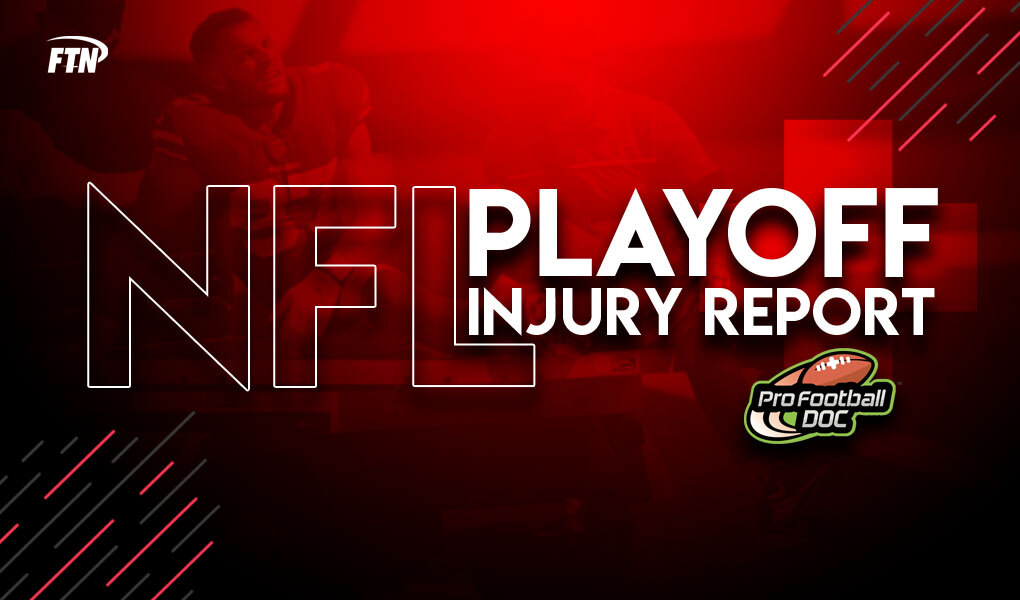 David Chao breaks down the health concerns and statuses of the Kansas City Chiefs and Tampa Bay Buccaneers playing in this week's Super Bowl.

Normally the grading scale goes from a typical school A thru F, but it is notable that the playoff teams don't have a "C" grade among them. Their health is likely a reason for their success.

For the complete Super Bowl picture, go to www.profootballdoc.com.

The Chiefs are entering the Super Bowl with a few questions surrounding their roster. Notably, Kansas City has recently lost left tackle Eric Fisher to a torn Achilles in the AFC Championship game. Mike Remmers will be filling in on the blindside now, and this offensive line unit has taken some big hits this season. They also have Nick Allegretti filling in for Kelechi Osemele (bilateral knee tear) at left guard, Stefen Wisniewski is in for Laurent Duvernay-Tardif (opt-out) at right guard, and Andrew Wylie will start in lieu of Mitchell Schwartz at right tackle. That’s three of their five starters impacted by injury, and four of their five projected starters overall. This could be a problem against Buccaneers pass rushers Shaq Barrett and Jason Pierre-Paul, although QB Patrick Mahomes has been sacked just once so far in the playoffs. Backup center Daniel Kilgore is currently on the Reserve/COVID-19 List with depth receiver Demarcus Robinson, but both are likely to return as they have been deemed close contacts. Sammy Watkins has not logged a full practice since entering the playoffs but is hopeful to play after sitting out the past three games with a calf injury. Watkins has struggled to play through injuries in his career but should fit through to play in the Super Bowl. Linebacker Willie Gay is out after having surgery on his meniscus, but this is the only notch against them on defense as slot corner L'Jarius Sneed has cleared concussion protocol.

Tampa Bay is a little rough around the edges heading into this matchup, but after two weeks of rest their core should be intact. While Antonio Brown is likely the odd man out after being listed as with a knee injury that past few games, Mike Evans was limited in practice all week and will play through his mild knee issue. Evans has played well through injuries this year and should make an impact. We believe that Lavonte David has a good chance to recover from his hamstring injury even after sitting out the first week of practice, although the real questions on defense are on the back end. Both starting safeties were listed on the injury report as FS Jordan Whitehead (shoulder/knee) is playing through what we think is a pectoral tendon tear and SS Antoine Winfield is dealing with a nagging ankle injury that caused him to miss the NFC Conference Championship. Neither participated in practice, and while this could be construed as rest, Winfield has a good shot to play. Whitehead should fight through as well, but his tackling ability will be limited. The fact is this secondary will be below strength facing the Chiefs’ high-powered offense.