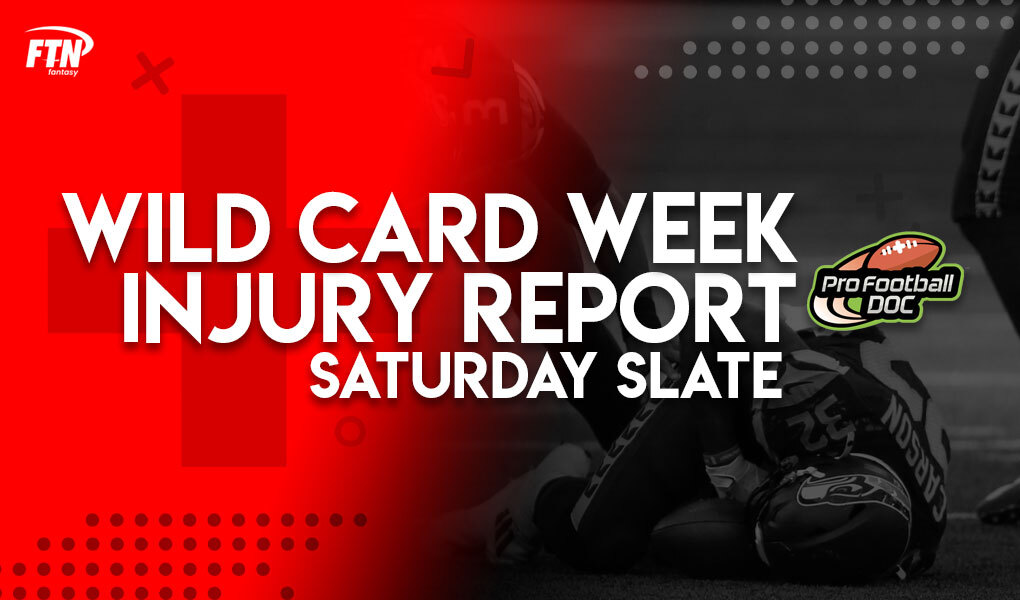 David Chao breaks down the health concerns and statuses of the playoff teams playing Saturday of Wild Card weekend.

Normally the grading scale goes from a typical school A thru F, but it is notable that all the playoff teams don't have a "C" grade among them. Their health is likely a reason for their success.

The Bills are the healthiest team overall in the playoffs as evidenced by their team "A" grade. With John Brown now back, their main issue is whether slot receiver Cole Beasley will return. The Colts have lost some starters from the early season, but the current issue offensively is protecting an immobile Philip Rivers and his turf toe given the recent loss of left tackle Anthony Castonzo and even his backup. Defensively they need two secondary contributors to clear the concussion protocol.

Overall, the Colts are at a "B+" health grade, the question mark is whether their "B" offense stack up against the "A" Bills defense. Phillip Rivers. His primary backup in Le’Raven Clark is done for the year with an Achilles injury, while depth tackle Will Holden is out. 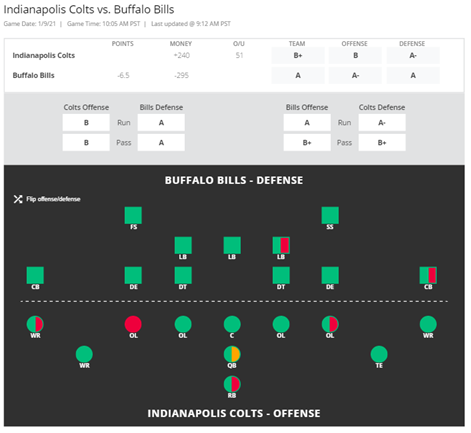 Despite coy comments from Sean McVay, the Rams game will be decided when Jared Goff is throwing the ball. Yes, I believe that chances are good that Goff can return after thumb surgery as the injury is away from the base. Afterall, he finished the Week 16 contest after the fracture/dislocation without even a splint or tape and he returned to limited practice today. There may be some rust and given that No. 1 receiver Cooper Kupp just came off the Reserve/COVID=19 list in time. Left tackle Andrew Whitworth should be back to protect Goff's blindside. Cam Akers will be good to go but no Darrell Henderson dealing with a high ankle sprain.

On the other hand, the Seahawks pass defense is the question mark. The normally optimistic Pete Carroll was not so positive that star safety Jamal Adams will be active, but I believe he will, and the player agrees with me. By video, he may have a labral tear which the hard-hitting defender can play thru. The other issue is the injuries to cornerbacks Nos. 2, 3 and 4. In addition, defensive lineman Jarron Reed (DNP) may have a tough time playing with his oblique muscle injury.

Expect a close matchup with the Rams being slightly the healthier side.

For injury analysis and interactive Field View of all the Wildcard games, go to the free www.profootballdoc.com and let the official FanDuel Injury Expert guide you in your decisions for DFS and wagering. 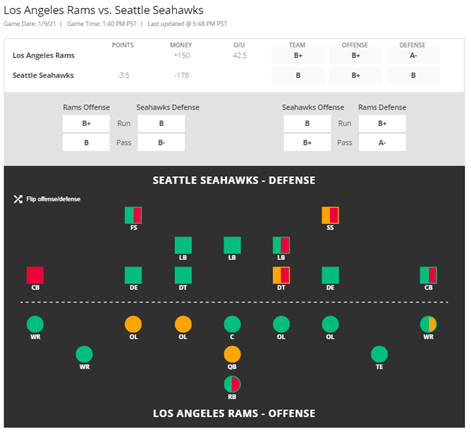 Most playoff teams are on the healthy side, but of the teams in the playoffs, the Washington Football Team has the most issues. For the Buccaneers, it is about three players.

For Washington, they will need to ride with a less-than-100% Alex Smith and his calf/leg issues. Antonio Gibson is playing thru his turf toe and Terry McLaurin is improving from his ankle. All three are limited at practice. Defensively, both starting safeties are out for the season and linebacker Kevin Pierre-Louis is a question with an ankle issue and has been limited.

The talk is about Mike Evans, but defensively Devin White (with the Saturday game) will not make it out of COVID-19 protocols, and it may be hard for No. 1 corner Carlton Davis to play through a groin issue even with his elevation to limited practice. Evans avoided an ACL tear, but even if he can suit up, the bone bruise may limit him. It will be up to Tom Brady to use Antonio Brown, Chris Godwin and Rob Gronkowski to test the Washington secondary.

For in-depth injury analysis and interactive Field View of all the Wild Card games, go to the free www.profootballdoc.com and let the official FanDuel Injury Expert guide you in your decisions for DFS and wagering. 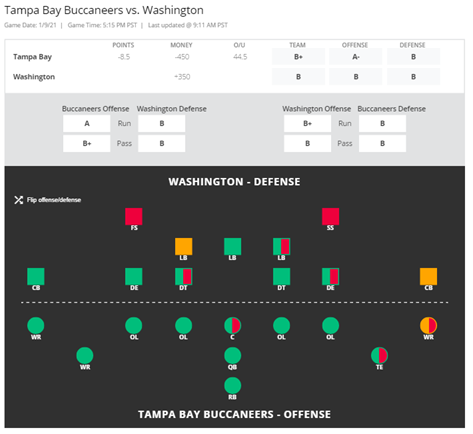