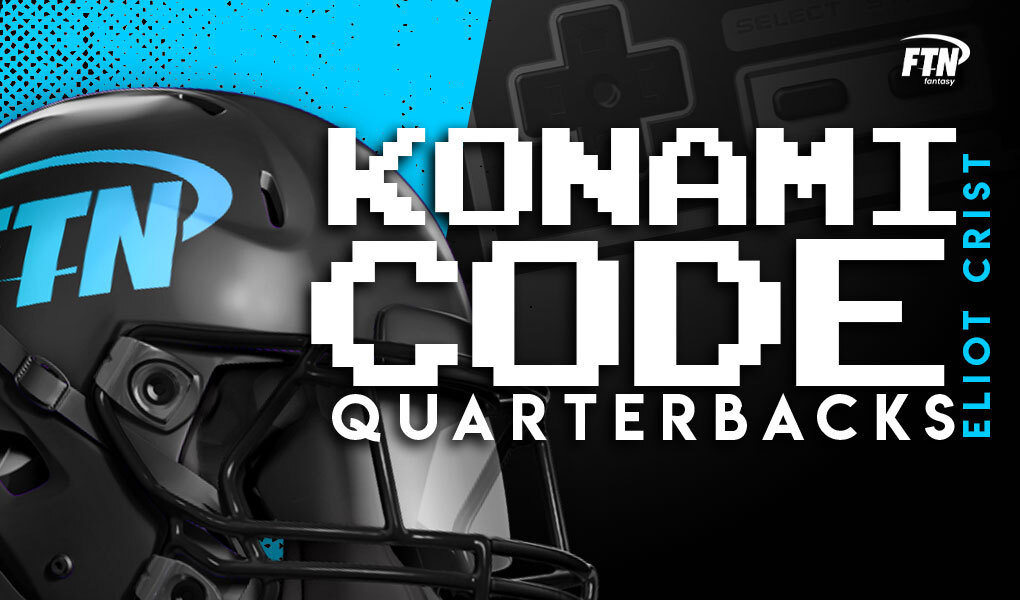 FTN's Eliot Crist explains the extra value rushing ability contributes to quarterbacks' fantasy success and identifies where to find it in 2021.

The Konami code — Up, Up, Down, Down, Left, Right, Left, Right, B, A, Start. It often meant the difference between life and death in a video game back in the 1980s. In fantasy football, we refer to quarterbacks with rushing upside as the Konami Code as they bring life to a fantasy football roster. Credit Rich Hribar all the way back in 2013 for the original Konami Code fantasy football research. It is glorious to go back to that and remember that Tim Tebow was QB9 in fantasy points per game in 2011 despite the fact that he completed maybe 3 passes on the season.

In 2019, Scott Barrett examined the Konami Code again. He found that “Since 2000, there have been 34 instances of a quarterback starting in at least 12 games and averaging at...