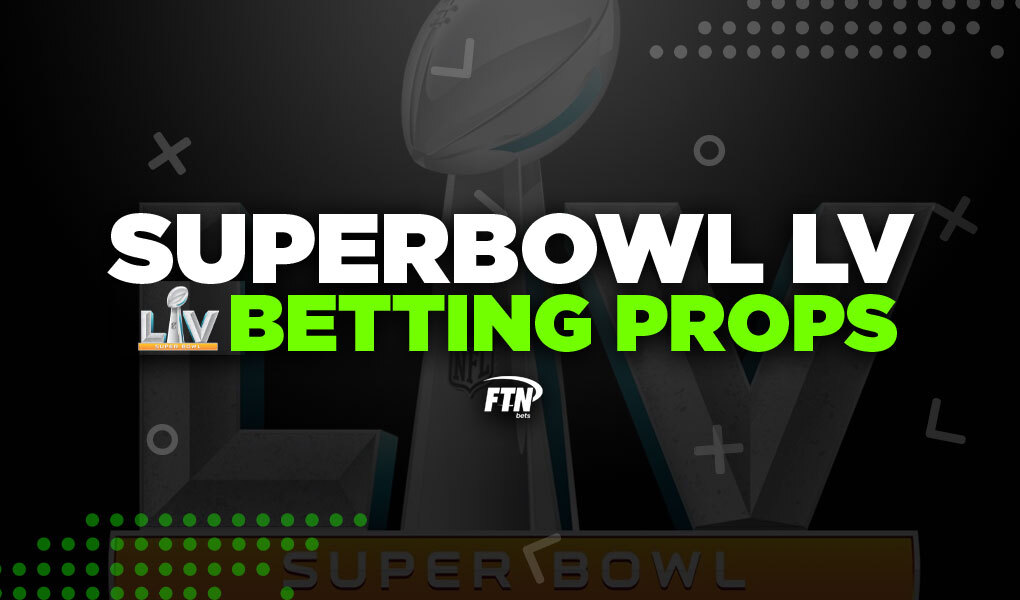 FTN's Eliot Crist uses Tipico Sportsbook to pick out some of his favorite prop bets for Super LV between the Kansas City Chiefs and Tampa Bay Buccaneers.

It’s Super Bowl weekend and man do we have one for the ages. The Chiefs take on the Bucs, Patrick Mahomes vs. Tom Brady, Travis Kelce vs. Rob Gronkowski, as some of the best of all time at their positions square off Sunday night at 6:40 p.m. ET.

Looking to get action down? No better place than Tipico Sportsbook, which has a 100% cash match up to $750 dollars, the best offer of any book in New Jersey. Sign up today.

Here are some of my favorite bets for the game.

Mahomes will be missing both his starting tackles in Mitchell Schwartz and Eric Fisher Sunday, while batting a toe injury that has limited his mobility, and he will take on a Buccaneers defense that has allowed the third-fewest rush attempts in football. That is a lot working against him to not take under 21.5 especially when you get plus money on the odds. Currently, FTN’s Jeff Ratcliffe has him projected for 14 rushing yards, so there is real value in this number.

Yes, the Buccaneers allowed the most receptions and second-most targets to running backs, but this number is still too high. Price four yards higher than other books, Tipico is offering a valuable line when taking the under 18.5. Edwards-Helaire was given way to Darrel Williams on third downs and in passing situations, while seeing two or fewer targets in his last five games. With the Chiefs splitting work three ways in the backfield this number is simply too high as CEH has broken double-digit yards just once in his last five games. In the first matchup he found no success on the ground averaging just 3.4 yards per carry, but even less success in the air catching one of two targets for a grand total of two yards.

The way you attack the Chiefs is in the slot, where Godwin has run 68% of his routes. He has been the Buccaneers’ top receiver in the playoffs, averaging 9.3 targets per game, and has gone over this number twice in the three games. Godwin’s numbers have been impressive, but a few big drops have hurt him. If he had held onto those this number might be closer to 80, where it should be. A bet on Godwin is a bet on Tom Brady, as their success is obviously correlated. Brady has nine games this year where Godwin has played that he has thrown for over 250 yards. In those games, Godwin is averaging 87 yards and 0.78 touchdowns. With Brady having a passing prop of 291.5 passing yards and averaging 271 passing yard in games with a 51 total or higher, Godwin is a good bet to go over this number.