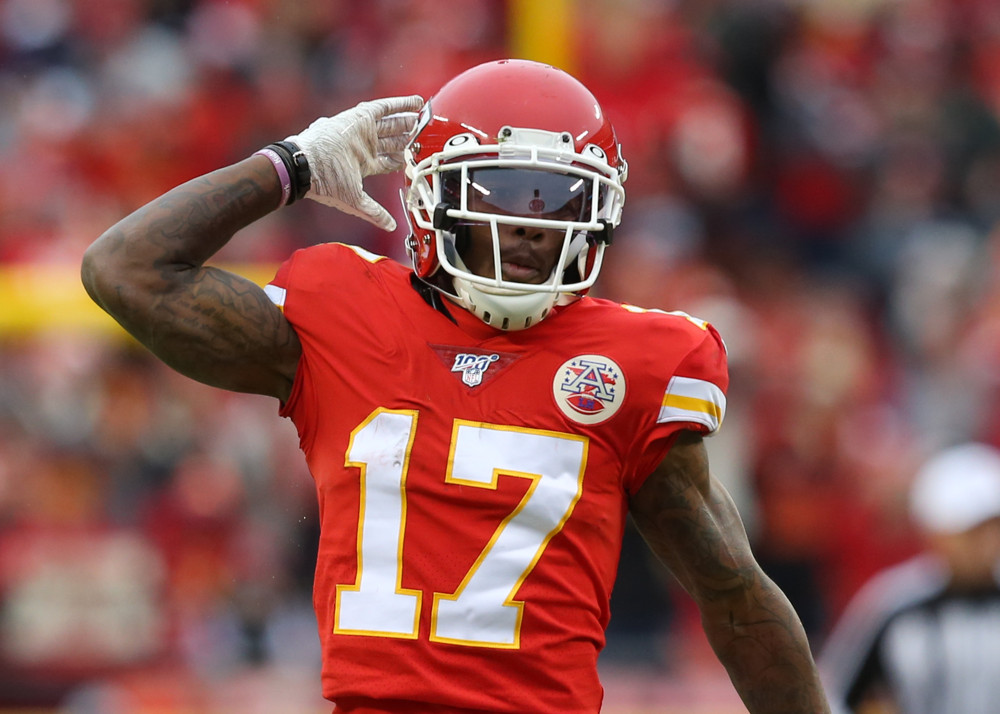 FTN's Derek Brown utilizes the FTN Splits tool to identify some of the sneaky-best situations for DFS and fantasy football in Week 6 of the NFL season. 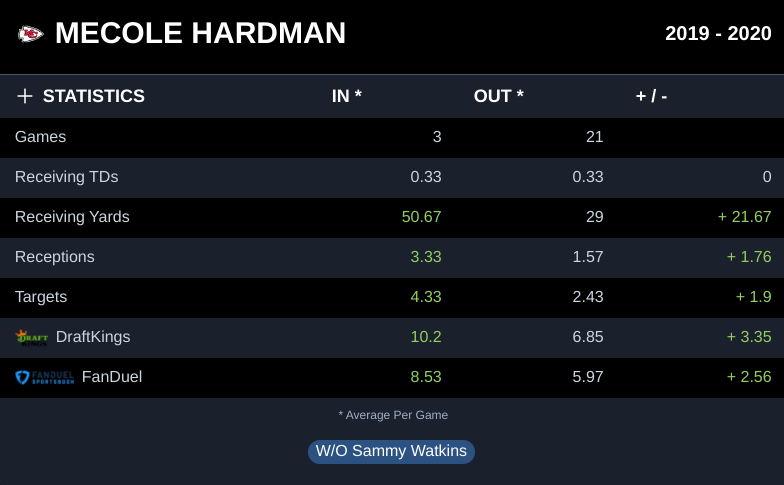 Without Sammy Watkins this week, Hardman is in a smash spot. Hardman has played 74% and 58% of his snaps from the slot in the two games Watkins was limited previously. Hardman has seen his usage bump without Watkins on the field during his three career games without him. The Bills have bled production to opposing slot wideouts all season long. Per our Advanced DVP WR tool, Buffalo has allowed the third-most receiving yards (92.5) and fifth-most fantasy points per game (18.3) to opposing slot receivers. 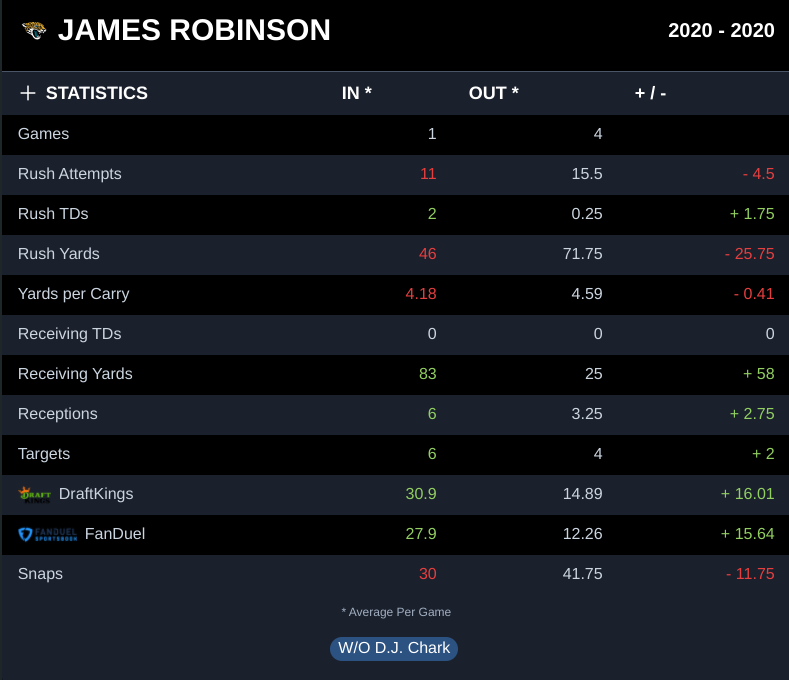 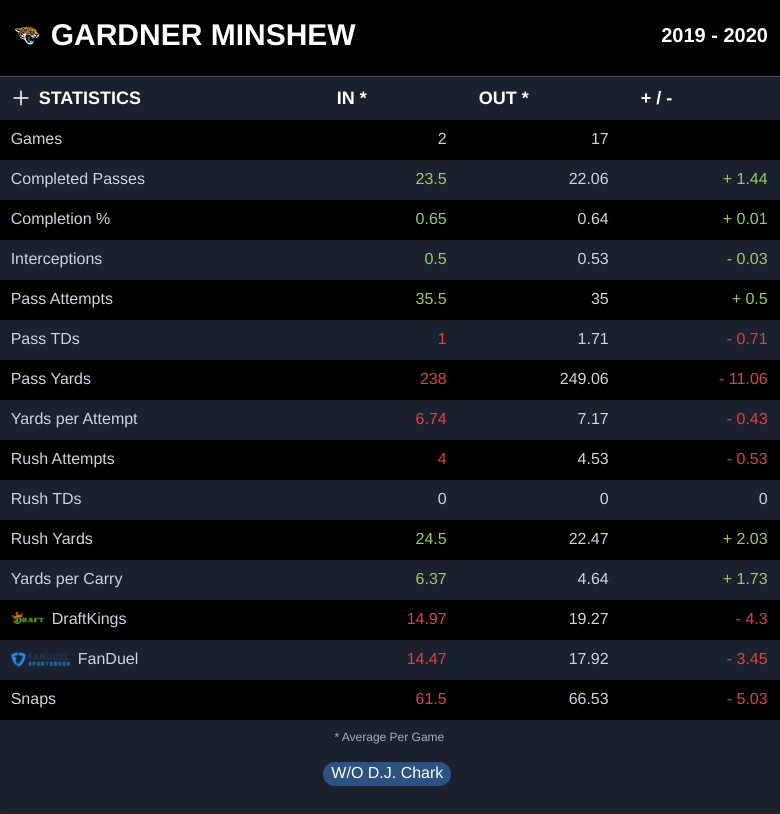 D.J. Chark’s playing status this week is in jeopardy, and even if he suits up, he could be limited. Gardner Minshew hasn’t fared well during his two games without Chark. Miami limited Minshew earlier this season when he was without Chark. This created a vacuum in production filled by Robinson, who logged his best game of the season. With a juicy matchup on the ground, a banged-up Chark, and a consistent role in the passing game, all the stars are aligning for Robinson to turn in an elite performance this week. 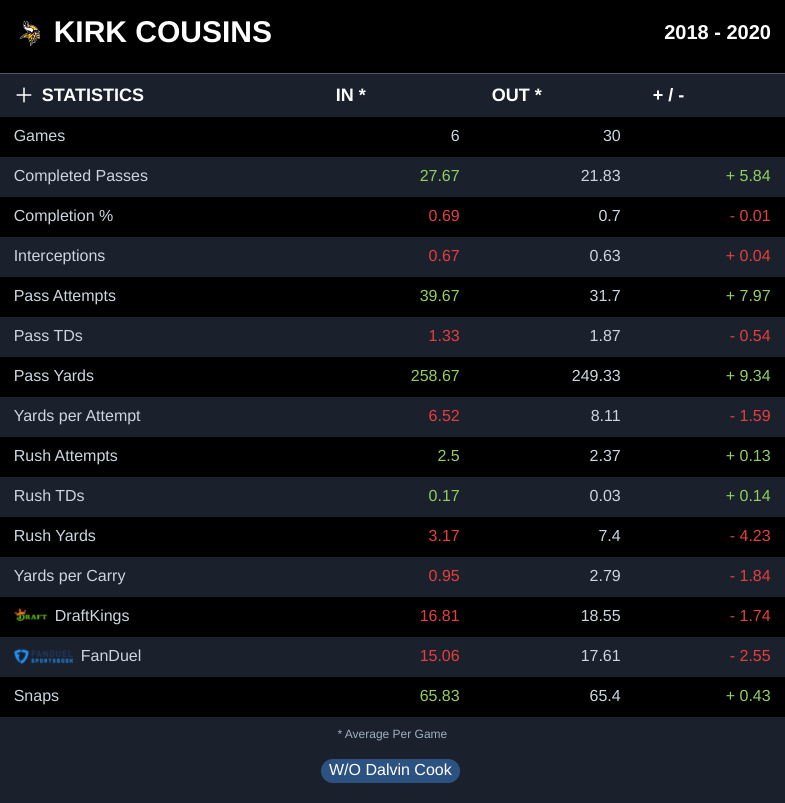 Cousins is in an interesting spot this week. The Falcons secondary has been Atrocious with a capital A. With Cousins, the concern in stacking his passing attack is always volume. While the peripheral numbers are all lit up red, the number that I’m most concerned with is volume. In Cousins' six games without Dalvin Cook in the lineup, the volume has risen from 31.7 pass attempts per game to 39.6, with his yardage climbing as well. If Cousins gets the volume against Atlanta, he's going to crush them through the air.