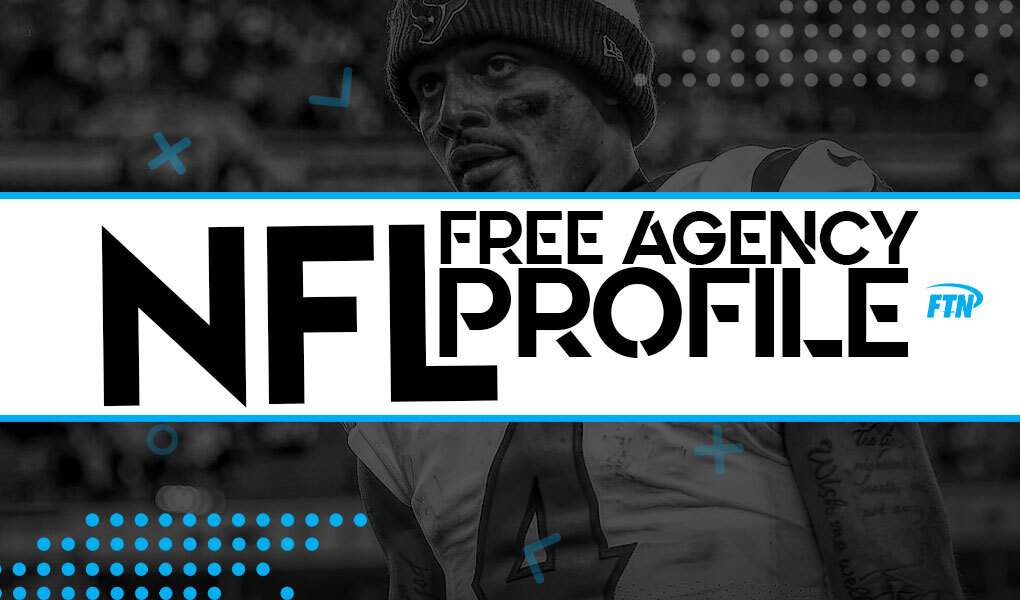 FTN's Derek Brown details which NFL teams would be the best and worst landing spots for Hunter Henry in free agency.

After weeks of waiting, the NFL free agency period is now knocking at the door. Fasten your seatbelts because things are about to get wild.

With a bountiful crop of free agents set to hit the market, these dominoes will shape the 2021 NFL landscape. Hunter Henry burst onto the NFL scene with an extremely productive rookie season on limited volume. Henry quickly became the sexy yearly breakout hopeful. The earth-shattering boom never came, but Henry has still settled in as a productive NFL veteran.

Is there any untapped potential in Henry, or can a change of scenery unlock another level to his game?

The Chargers drafted Hunter Henry in the second round (35th overall) in the 2016 NFL Draft. Henry paid immediate dividends in his rookie season as a red-zone weapon. He worked in tandem with veteran starter Antonio Gates and secured eight touchdowns. A familiar theme during Henry’s first two seasons became “he’s so talented, I wonder what could he do if he had the starter’s role all to himself?” The unfortunate answer is that despite this being the case the last two seasons, his end-of-the-year stat lines didn’t leap into the stratosphere. Henry is still an immensely talented player, but the hype of his rookie season might never come to fruition. Henry might never reach the league's inner circle of top-shelf tight ends between his inability to play a full 16 games or his middling stat lines. This doesn’t mean that he can’t continue to be a serviceable above-average starting tight end in the NFL for any prospective suitor.

Jacksonville Jaguars: The Jaguars have the most cash to spend in the NFL. After declining Tyler Eifert’s outside of untested Josh Oliver the tight end cupboard is empty. Henry would function quite nicely for Trevor Lawrence as a checkdown option and inside the 20.

New England Patriots: The Patriots could use a receiving tight end of Henry’s talent well actually any receiving threats if we’re being honest. New England is short on difference-maker-type players at the skill positions. Henry would be a massive upgrade for the offense.

Indianapolis Colts: The Colts have never met a starting tight end they didn’t like. Frank Reich has a soft spot for luring in all stray tight ends off the street. Henry’s target volume would be capped with the presence of Jack Doyle. He would be nothing more than a weekly streamer unless something happened to Doyle.

New York Jets: Say what you will about Christopher Herndon, but he could still be a thorn in Henry’s side if he landed here. The Jets quarterback situation could change in a hurry either via trade or the draft, but currently, Sam Darnold would be a downgrade from Justin Herbert. Darnold has not shown that he can stay healthy or string together a consistent stretch of high-end play.