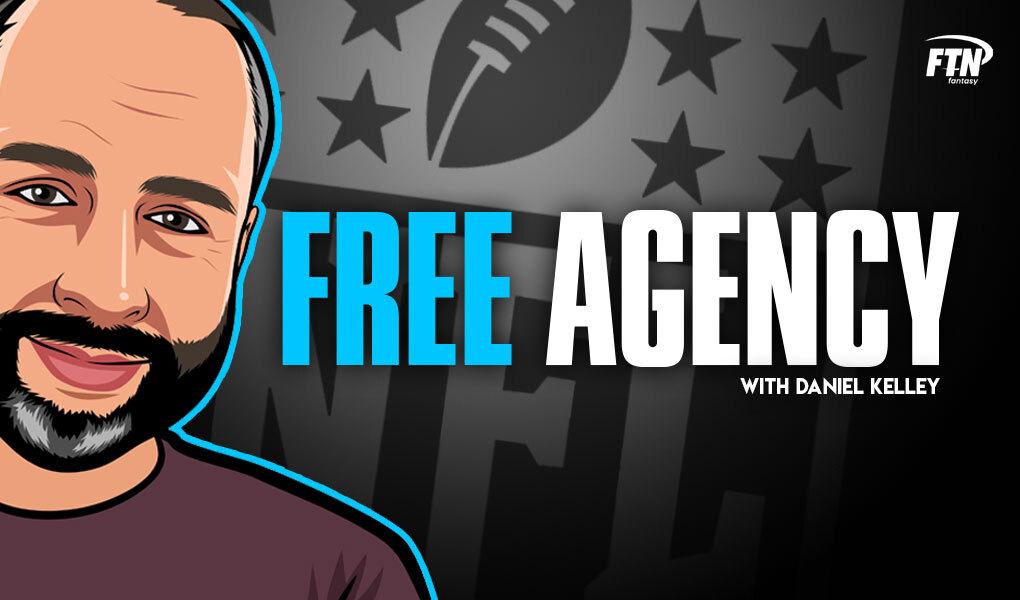 FTN's Daniel Kelley looks at some skill players who are out of a job but could still find their way to some fantasy value in 2021.

We’re now past the NFL Draft, which means we’re also past NFL free agency. If you’re a football player and you’re not on an NFL roster right now, the odds of you being a real fantasy contributor this season are slim.

But they aren’t zero.

The point is, you probably have to be on an NFL roster right now to have fantasy value in 2021, but you don’t definitely have to be. There will be a few free agents who find jobs between now and the season — whether because of simple waiting or because a team suffers an injury — and it’s worth keeping an eye on them.

Below, I’m looking at the remaining free agents who could offer fantasy value in 2021. They’re all long shots. But they aren’t no-shots.

Quarterback is always the toughest position to play this little game because anyone with a pulse finds a job. At this point, I can’t even realistically brush off my “What if Colin Kaepernick gets a job?” hypothetical. So we’re left with Mullens, who almost certainly isn’t going to offer any real value, but he does have the interesting bit of trivia of having the third-most passing yards (2,620) for any quarterback in his first nine starts, ever, behind only Patrick Mahomes (2,810) and Andrew Luck (2,631). He has three games with 20-plus fantasy points. There are some crazy shallow QB depth charts around the league (the Jets, Lions, Cowboys and others might as well not have a backup). Maybe. Just maybe.

Johnson chose a really bad time for easily his worst NFL season, but then he got stuck behind the also-disappointing David Johnson on a Houston team that was just a mess from top to bottom. He had five straight seasons of 400-plus receiving yards. He had at least 800 scrimmage yards in four of his first five seasons. No, the ridiculous dreams of him ever being a three-down back are dead, but if there’s a team out there that finds itself in need of a receiving back (Tennessee? Atlanta?), Johnson might have a bit of PPR value.

The only way for Gurley’s 2020 season to have gone realistically worse is if he had lost a finger or something. After a respectable start to the year — albeit one buoyed by touchdowns — Gurley was an outright disaster over the back half.

It is worth noting, though, that Gurley opened his career with five straight seasons as a top-15 PPR running back (including first and third in 2017 and 2018, respectively) before last season’s disaster, and he’s still only 26. Do I think he can ever recapture that early-career glory? Nah. But can a front office be convinced it’s possible if their starter gets hurt? It wouldn’t surprise me at all.

Things Tate and Gurley have in common: A birthday in the first week of August. And that’s it. Because while Gurley is still only 26, Tate’s next birthday will have him hitting 33, and he’s coming off of comfortably the most disappointing season of his career. But Tate was never a fit for the Giants, where they already had a viable slot weapon in Sterling Shepard. If he can find a team that doesn’t already have someone doing his job and can be a viable No. 2, No. 3 receiver who can stay in the slot, catch a lot of short passes and break tackles, there might be some value yet to wring. (One possible fit? The team where Tate had his most success, the Lions.)

Jeffery has been in the league for nine years. He’s played all 16 games in a season three times (2013, 2014, 2017). But, it’s worth noting that he’s played at least 10 games in seven of his nine years, and at least nine games in all but 2020, when he was limited to seven games and only 13 targets in a year everybody in Philadelphia would be very happy to forget. But even last year, there was enough excitement about Jeffery’s return to health that he was a popular sleeper pick in drafts. We know what he can do when healthy — or at least, what he could do. If he lands somewhere and gets the opportunity, maybe he can remind us of it again.

Westbrook was well-hyped entering the league, a fourth-round pick out of Oklahoma who was very interesting to some of the prospectniks. And after spending the first half of his rookie year on IR, he was … fine. Over 100 targets in both 2018 and 2019, but saddled with awful quarterback play. He had 717 yards in 2018, 660 in 2019, and was basically out of the Jaguars’ rotation for 2020, appearing in only two games and getting only one target. He’s still only 27. There’s time for a post-hype breakout if he gets the right opportunity.

Burton was a very exciting free agent when he left the Eagles after the 2017 Super Bowl and signed a four-year deal with the Bears. And in his first year in Chicago, he was … fine. TE8 for the season, 569 yards. Not worth the contract, but if you had him in fantasy you weren’t disappointed. But injuries robbed him most of 2019, after which the Bears released him. He landed in Indy, where he had to recover from injury and battle Mo Alie-Cox and Jack Doyle for work, meaning he had only 250 yards (but 5 touchdowns). There are some ridiculously light TE depth charts around the league (Arizona? Carolina? Buffalo?) where he could land and immediately be the No. 1, and if that happens, at least his “back-end TE1” production of 2018 would be on the table.