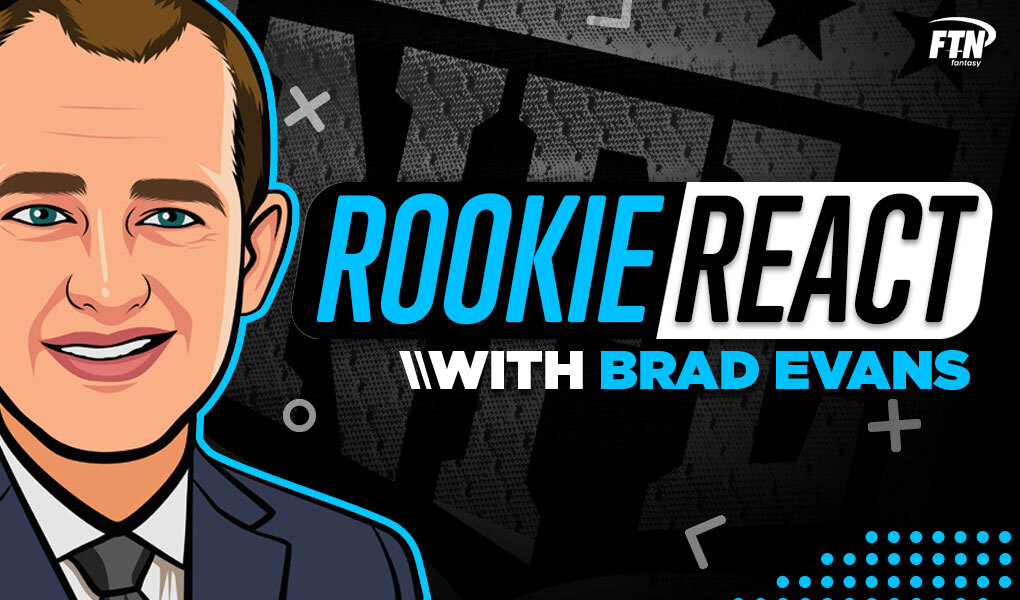 Mercifully, the poking, prodding and Wonderlic-ing has ceased. With player destinations finally set, this wannabe soothsayer forges ahead previewing what newly drafted contributors could accomplish in their fresh digs for fantasy/betting audiences. Today’s rookie under the microscope: Trevor Lawrence.

Follow along with the whole Rookie React series here.

Upsides: If you were to construct a Voltron-like super robot after any NFL prospect, Lawrence would be the guy. Similar to his brother’s unique wardrobe taste, he’s a one of a kind, a player equipped with the necessary all-fields arm strength, accuracy, cerebral processing, athleticism, pocket command and leadership qualities to blaze a trail to Canton. He’s the complete package, a signal caller who posted at least a 111.0 passer rating on all throws and finished inside the top-12 in adjusted completion percentage among Division I passers in 2020. Undaunted, he’s also capable of chewing up real estate on the ground, a likely 300-plus yardage contributor. Surrounded by a terrific receiving cast — D.J. Chark, Marvin Jones, Laviska Shenault and Travis Etienne — he’s the clear-cut OROY frontrunner for a reason and a viable starter-level passer in 12-team fantasy formats.

Downsides: Nitpicking, Lawrence did force throws at times last season with Clemson. Additionally, Jacksonville’s offensive line, which ranked No. 20 in adjusted line yards allowed last year, is a work in progress. Outside of those minor concerns, negatives are few and far between. His landing spot is undoubtedly conducive for favorable fantasy results.

Could Trevor Lawrence be a fantasy QB1 as a rookie?

Final word: The heavens are preparing for Lawrence-to-Tim Tebow connections. OK, that’s not remotely true. The Blonde Bomber, however, should yield divine results in Year 1. His excellent arsenal and skill set combined with a likely flimsy Jaguars defense beautifully sets him up to slash a borderline QB1 line. At his current ADP valuation, he’s somewhat underrated. The overs on his available props, too, are easily achievable given the extended regular season. In the end, his numbers could mirror what another former No. 1 overall pick, Andrew Luck, accomplished out of the gate in 2012, the seven-greatest fantasy season by a first-year QB in NFL history. Buy the hype.