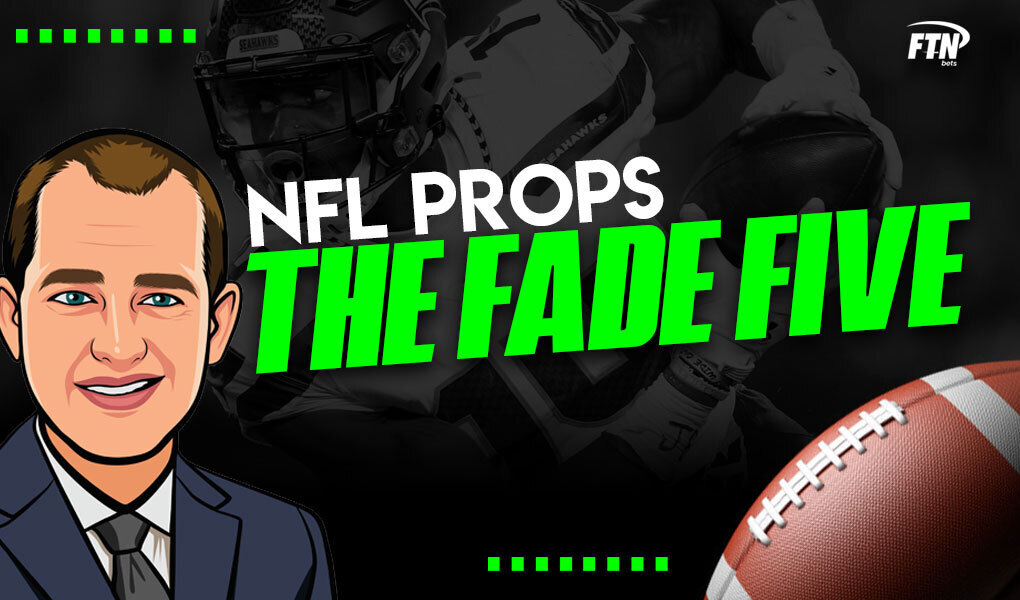 Fade Five: Quiet night for Gronk could lead to greenbacks

FTN's Brad Evans breaks down some more of his favorite player prop bets for the Super Bowl.

UNDER. Once considered in “New England shape” by Bruce Arians, the now Florida-carved tight end, one of the most prolific receivers in Super Bowl history, is burning in-game calories in an unappealing manner for over bettors. Line tied in order to keep his molasses-moving 40-something QB protected, he’s become more blocker than pass catcher. With Arians’ base 12-personnel scheme, he’s totaled just 20 routes (3.3 per game) while eclipsing the above threshold once, Week 16 at hapless Detroit. Kansas City did concede the fifth-most receiving yards to tight ends during the regular season and 15 plus-sized targets have tallied at least 31 yards against them, but Cameron Brate is Brady’s preferred weapon of choice at the position. Knowing the Chiefs placed Josh Allen under duress on just over 41% of the Bill’s dropbacks in the AFC title game, it’s most plausible Gronk is employed almost exclusively in the trenches.

UNDER. A first-round pick in last April’s draft, CEH entered the regular season with deafening hype. Sports bettors and fantasy footballers alike fawned over his potential, boasting unreachable predictions he was sure to hit in Year 1. Outside of Joe Burrow, there wasn’t a player with lower Rookie of the Year odds. However, largely mediocre whether through visual or advanced metric measurements, he only rarely resembled the all-world player many believed. Now entrenched in a timeshare with undrafted Darrel Williams, who has run with more break-tackle energy in the postseason (3.46 YAC/attempt), he’ll likely only see 25-30 snaps Sunday. Considering Tampa has mostly bottled up the run this season yielding a mere 3.6 yards per carry, he’s sure to smack into multiple concrete walls. Vita Vea, who sports an 8.6 run stop percentage on the season, swallows RBs whole. Fade the youngster.

OVER. Anytime TD. Fantasy points (14.5 in PPR). Rush yards. Receiving yards ... Give me ALL the damn overs on Fournette’s player props. Yes, Ronald Jones will be rotated in, but even with the complementary back active over the past two games, “Playoff Lenny” logged 69% of the opportunity share, 58% of the rush attempts and 18.8% of Tampa’s targets. Locked into the “nickelback” role (A craptastic band, sure, but it’s a marvelous numbers-accumulating gig in Bruce Arians’ offense), he should again snag at least four receptions for the fourth consecutive game. If KC brings the heat as it did against Allen and the Bills, the RB will be Brady’s ultimate safety blanket. Short-field coverage, after all, isn’t one of the Chiefs’ strongest suits. During the regular season, they yielded the fourth-most receptions (93) to RBs. Fourteen RBs over 18 games reeled in at least four catches against them. Toss in the reasonable chance Tampa could be scoreboard chasing and it’s undoubtedly one of my favorite bets on the board.

OVER (+115). WIDE. ASS. OPEN. It’s undetermined if Kelce has an excessive flatulence problem or simply supreme route-running skills or both, but whatever explains why the man, it seems, is always standing in the open field alone, he’s worth tailing the over on. A premier pass-catching tight end in the league, the Chief has lured at least 10 targets in nine of his last 10 contests. He’s only registered nine-plus receptions three times in 18 games played this season, but Tampa’s well-documented susceptibility to oversized targets suggests, at bankroll benefiting odds no less, he could cross the presented threshold. During the regular season, the Bucs did surrender the seventh-most receptions to the position. In what will likely be a high-volume game for Patrick Mahomes, Kelce, similar to what he achieved versus Buffalo in the AFC title tilt, could exceed 10 catches, 100 yards and find the end zone.

OVER (+130). Identical to his high school days in Texas, Evans repeatedly dunks on fools. His spindly frame is bolstered by a tremendous leaping ability, which, in high-point situations inside the 10, drives defenders to the brink of madness. In contested catch environments, the man simply wins, and often. On the year, he’s posted an absurd 36.7% red-zone target percentage (No. 2 among WRs with at least 50% snaps played), hauling in 29 receptions for 15 touchdowns. Matching wits with CB Bashaud Breeland in the first matchup, he rose to the occasion grabbing a pair of scores. The DB has allowed just a 58.8 catch percentage this season, but with a significant height advantage on paper, Evans and TB12 should again connect for at least one scoring strike.